Rep. Pressley Wants Medicare To Cover The Cost Of Wigs 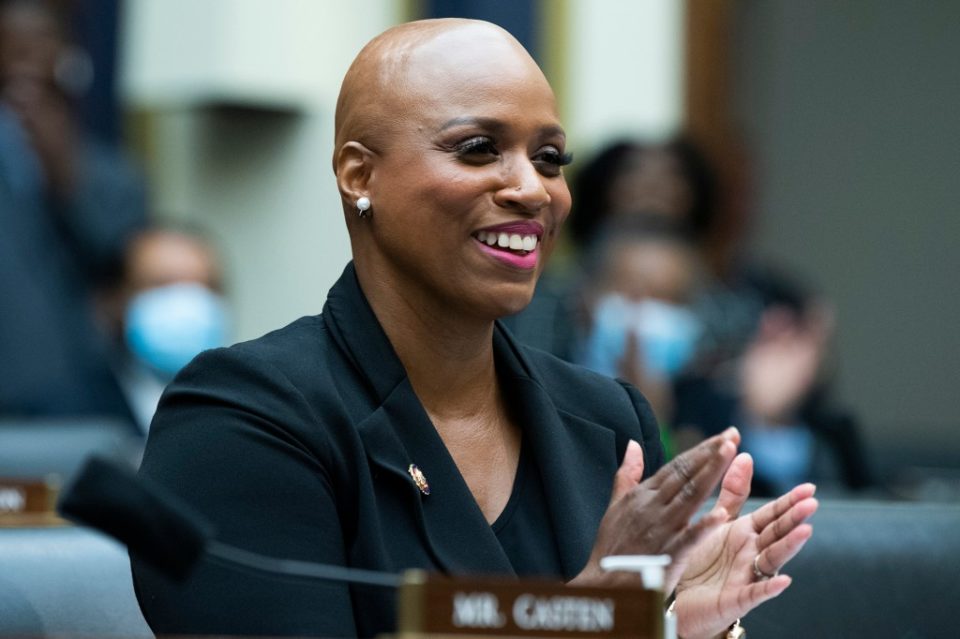 Pressley has introduced a bill that would push private insurers to pay for wigs. (Image: Twitter/@NYPost)

Rep. Ayanna Pressley (D-MA) introduced a bill last week that would help people struggling with hair loss due to medical conditions by pushing private insurance plans to cover the cost of wigs.

Pressley, who lost her hair to alopecia, wore wigs for a short time after her diagnosis but eventually decided to sport her bald head. The politician told Vanity Fair, on the same day she introduced her bill, being a bald woman in today’s society is not easy.

“[To] be bald as a woman really does disrupt conventional and societal norms of what is appropriate, what is professional, what is attractive, what is feminine,” Pressley said. “It’s so much more than cosmetic,” she explained about what it’s like being bald and female. “It takes a real toll.”

In the article, Pressley discussed how some patients refuse to be helped due to the fear of hair loss, telling the fashion magazine, “Doctors have told me that patients have refused lifesaving cancer treatments because they were afraid they were going to lose their hair and didn’t know how to deal with it.”

Pressley introduced the bill with Massachusetts Rep. James McGovern, whose 20-year-old daughter has dealt with hair loss due to a rare cancer diagnosis. If the bill passes, it will recategorize wigs as durable medical equipment making them eligible for coverage under the Social Security Act.

Every person living with alopecia, battling cancer, or facing another medical condition that leads to hair loss, should be able to access wigs and other head coverings,” Pressley told Essence last week. “Our bill is responsive and sends a powerful message to these communities: we see you, you belong, and you deserve to be treated with dignity and respect.”

Alopecia is an autoimmune disease where the immune system attacks healthy hair follicles, resulting in hair loss. More than 7 million Americans are living with the disease.