Rep. Cedric Richmond: 'It Is About Black Males, Black People in the Streets That Are Getting Killed' 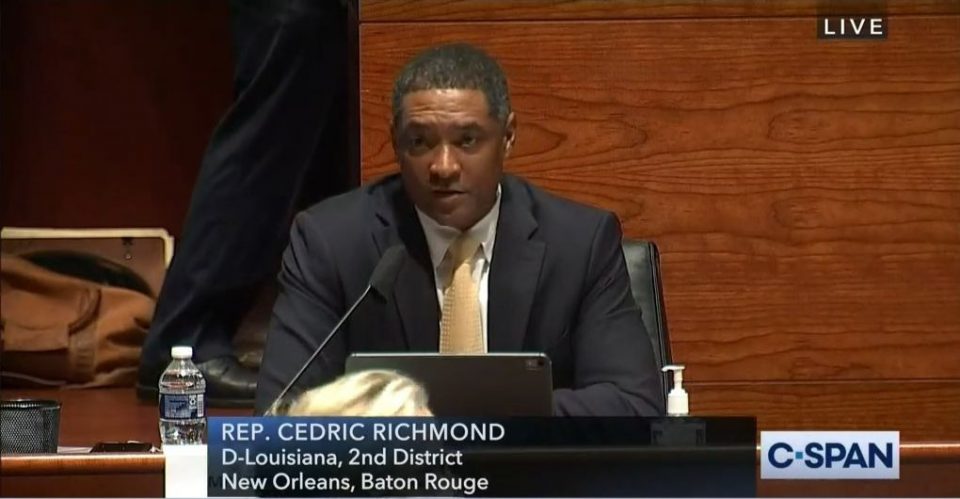 Earlier this week, during the gathering of the House Judiciary Committee, Louisiana Congressman Cedric Richmond had a few choice words for his Republican colleague, Florida Congressman Matt Gaetz, during a hearing on the George Floyd Justice in Policing Act according to The Hill.

The main issue in the police reform bill deals with amending policies and laws that tend to favor police officers in addition to giving them unmitigated powers, specifically against people of color. The main focus of the bill is on police brutality against black people specifically.

Richmond took offense to amendments that the Republicans were trying to push that took away from the heart of the legislation. Those items included laws to investigate Antifa, calls for a study of no-knock warrants, and a measure requiring federal law enforcement to record interviews with suspects.

In a sharp rebuke, Richmond said, “As a black male who went to the fifth-best public high school in the country, who was a victim of excessive force, who has a black son, who has worries that you all don’t, and to my colleagues, especially the ones that keep introducing amendments that are a tangent and a distraction from what we’re talking about, you all are white males.”

“You’ve never lived in my shoes, and you do not know what it’s like to be an African American male,” he continued, “and all I’m saying is if you are opposed to this legislation, let’s just have the vote, but please do not come in this committee room and make a mockery of the pain that exists in my community.”

“I’m not even interested in studying the Klan or sovereign citizens right now, because that is not the imminent threat that black men face on a daily basis, and right now, too often, it is law enforcement—those who were sworn to protect and to serve,” Richmond said. “And so all we’re asking today is to deal with that.”

“I don’t want you all to leave here saying, ‘Well we didn’t know. We didn’t know that’s how you felt, Cedric.’ I want it to be crystal clear, and I will give you the benefit of the doubt that it is unconscious bias that I’m hearing because at worse, it’s conscious bias,” he continued, “and that I would hate to assume from any of the people on the other side.”

Gaetz responded with this statement: “I appreciate your passion. Are you suggesting that you’re certain that none of us have non-white children? Because you reflect on your black son, and you said none of us could understand.”

“Matt, Matt. Stop,” Richmond says as he stops Gaetz from continuing. “I’m not about to get sidetracked about the color of our children. … It is not about the color of your kids. It is about black males, black people in the streets that are getting killed, and if one of them happens to be your kid, I’m concerned about him, too, and clearly, I’m more concerned about him than you are.”

“You’re claiming you have more concern for my family than I do?” Gaetz shot back. “Who in the hell do you think you are?”

Richmond replied: “If the shoe fits.”

“You should take those words down. I know you care about your family and love your family, so do we, damn it,” Gaetz stated.

To which Richmond responds, “Was that a nerve?”

After a marathon 11-hour markup, the committee voted along party lines.

“Who in the hell do you think you are?”