Rep. Omar Is Calling For The End Of U.S. Political and Economic Systems 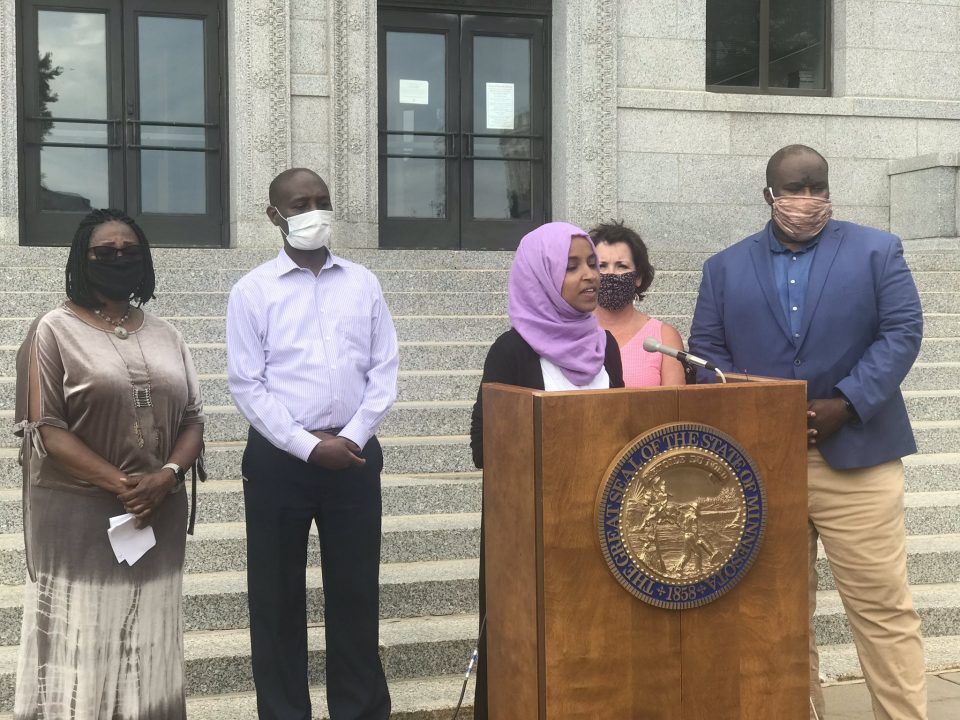 Minnesota Rep. Ilhan Omar called for dismantling U.S. economic and political systems that serve as a “system of oppression.”

According to Fox News, the Minnesota Democrat said during an outdoor press conference Tuesday, most conversations around police brutality and racial injustice do not go far enough in their call for change.

“We can’t stop at criminal justice reform or policing reform,” Omar told reporters. “We are not merely fighting to tear down the systems of oppression in the criminal justice system. We are fighting to tear down systems of oppression that exist in housing, in education, in health care, in employment, [and] in the air we breathe.”

The Minnesota People of Color and Indigenous Caucus joined Omar at the press conference Tuesday. A bevy of local progressive politicians is calling for the dismantling of the Minneapolis Police Department in the wake of George Floyd’s death, calling it “rotten to the root.”

Omar, who is still reeling from the death of her father, also said it’s time to “guarantee homes for all” due to racial disparities in homeownership pointing out homeownership rates are nearly twice as high for white families as they are for Black families.

“As long as our economy and political systems prioritize profit without considering who is profiting, who is being shut out, we will perpetuate this inequality,” Omar added. “So we cannot stop at [the] criminal justice system. We must begin the work of dismantling the whole system of oppression wherever we find it.”

Omar, is one of four progressive minority lawmakers known as the squad. The other three members are Alexandria Ocasio-Cortez (D-N.Y.), Ayanna Pressley (D-MA) and Rashida Tlaib (D-MI). The group has become a target for Republicans and conservatives across the country including Sen. Marsha Blackburn, (R-Tenn.), who called on Omar to resign over her remarks.

“Ilhan Omar took an oath to defend and protect the Constitution, not shred it,” Blackburn wrote on Twitter Tuesday. “Omar and her Marxist comrades are a threat to our Democracy. Omar should resign.”

When asked by CNN’s Jake Tapper to clarify her position, Omar said the conversation has been misconstrued.