Rep. Ilhan Omar Under Fire For Calling Out Christian Group Singing On Plane 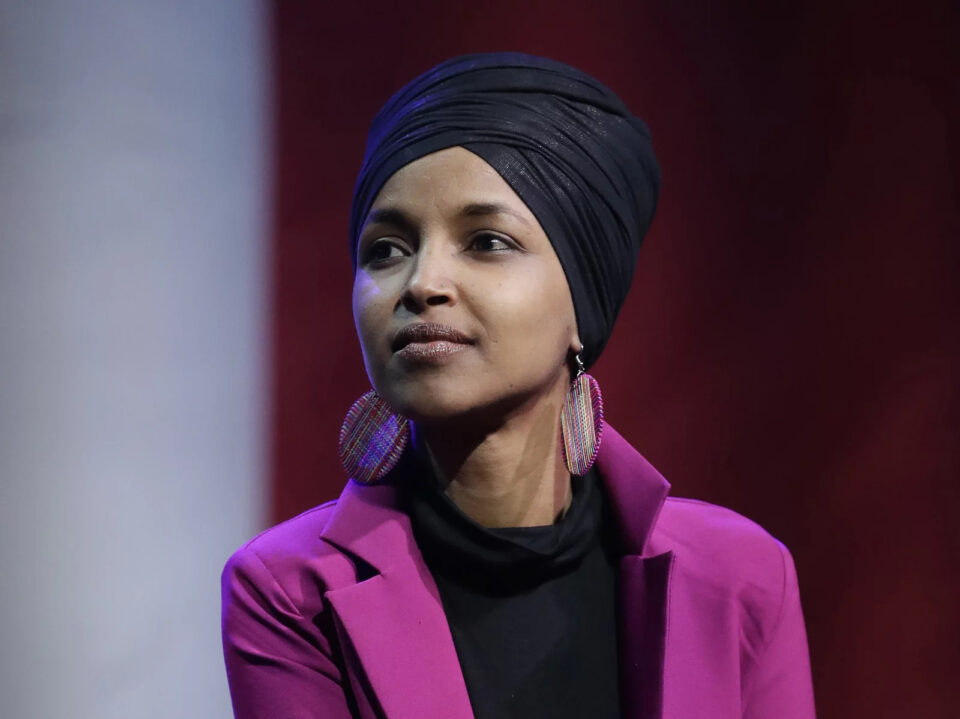 Rep. Ilhan Omar is under fire for her comments on a viral video showing people singing Christian songs on a plane. Many people criticized Omar for daring to question Christian behavior on Easter weekend.

The Minnesota Democrat, a Muslim, shared the controversial video on April 16 to her Twitter account. The video was originally posted on TikTok and Instagram on April 9 by Kingdom Realm Ministries founder Jack Jensz Jr. but went viral this Easter weekend, TMZ reported.

“Worshipping our King Jesus 30,000 feet in the air!” Jensz captioned the video, which shows 24-year-old Singaporean Jonathan Neo singing with a guitar along with others, according to VICE. Neo also posted an IG reel captioned “We are taking this flight over for Jesus,” but his social media accounts are now private, and his IG reel is inaccessible.

According to Esquire, the video was filmed on a flight to Europe while Jensz’s ministry was heading to assist Ukrainian refugees. It is unknown whether the singers asked fellow passengers for permission or whether it was a charter flight.

With over 35 million views on Twitter, the video flooded with commenters expressing that bringing the church onto a plane was rude and proselytizing.

Omar had a similarly skeptical reaction. Responding on Twitter, she wrote: “I think my family and I should have a prayer session next time I am on a plane. How do you think it will end?”

I think my family and I should have a prayer session next time I am on a plane. How do you think it will end? pic.twitter.com/5696Erwsl5

Her comment sparked a backlash. People accused the Somalia native of being an anti-Christian bigot.

Radio host “Joe Pags” Pagliarulo demanded to know “why does this person who lives free and liberated because of the compassion of our country not appreciate that we’re a Judeo-Christian society uniquely founded to protect those of all faiths?”

Vernon Jones, a Georgia congressional candidate, posed, “why do you hate Christians, Ilhan?” per Esquire. “If the freedom of religion we enjoy here in America disturbs you, feel free to pack your bags and head back to Somalia, Sudan, or wherever you’re from. Take your brother with you.”

GOP Florida congressional candidate Jose Castillo tweeted if Omar “wants a country where Christians aren’t allowed to do the same [Omar] should go back to her own country.”

In response, Omar stood her ground in a separate post, calling out those who alleged she’s anti-Christian.

“Anti-Christian hate? You need to stop projecting your bigotry. Religious bigots like you always think others hold the same hate they have in their hearts,” Omar wrote.

Anti-Christian hate? You need to stop projecting your bigotry. Religious bigots like you always think others hold the same hate they have in their hearts.

It’s Ramadan and I am gonna pray for y’all.

May God cleanse your hearts. https://t.co/QkRb0cXTvt