Rep. Patricia Morgan Under Fire For Tweeting About Losing A Black Friend Over CRT 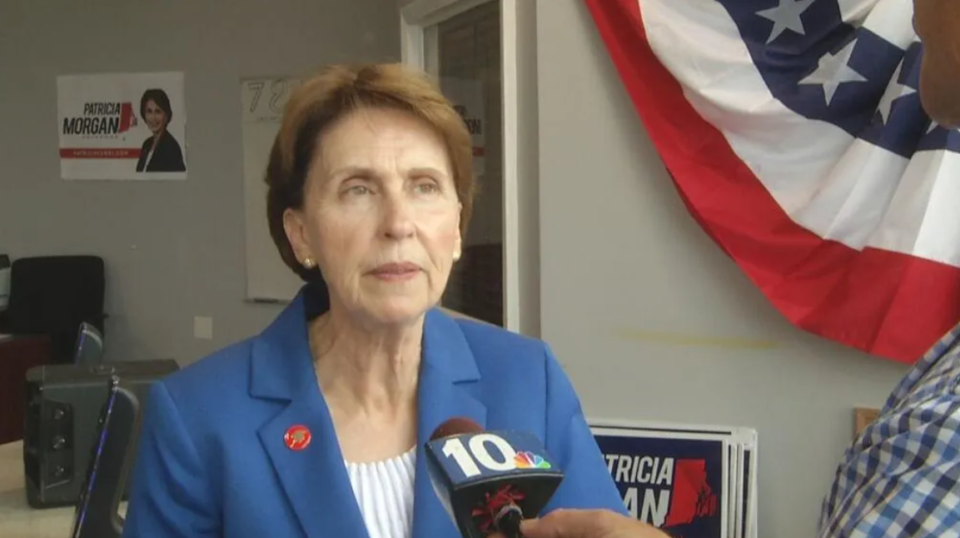 Rhode Island state Representative Patricia Morgan has been receiving backlash over a racially charged tweet she sent out about Critical Race Theory.

The former House rep used her former Black friend to make an example of why she believes CRT shouldn’t be implemented in schools.

“I had a black friend. I liked her and I think she liked me, too. But now she is hostile and unpleasant,” Morgan said in a tweet.

“I am sure I didn’t do anything to her, except be white. Is that what teachers and our political leaders really want for our society? Divide us because of our skin color? #CRT”

I had a black friend. I liked her and I think she liked me, too. But now she is hostile and unpleasant. I am sure I didn't do anything to her, except be white. Is that what teachers and our political leaders really want for our society? Divide us because of our skin color? #CRT

Republicans continue to advocate against CRT being taught in schools. The concept of CRT centers around ideologies introduced in Nikole Hannah-Jones 1619 Project that tells the history of America with slavery as a focal point and how it still reverberates in modern times.

While Morgan shares the same sentiments many other conservatives feel when it comes to CRT, her tweet had little to do with the academic side of the debate and instead came off racially divisive. The tweet came after the former minority leader of the Rhode Island House sponsored a bill earlier this year that would restrict the way schools teach the role of race in American history, Providence Journal reports.

Even after sending the racially sensitive tweet, Morgan still didn’t understand why it was being considered offensive.

“I’m sad that this is the way our country is going, that we are judging people by their skin color, not their character,” Morgan said. “I didn’t think it was controversial.”

“I like my friend,” she said. “She’s funny and strong and smart. Whenever we got together, we had a good time. We enjoyed each other’s company.”

But after getting snubbed by the friend at a recent Christmas party, Morgan decided to relate their personal quarrel to CRT and take the issue to Twitter.

“Dr. Martin Luther King said he wanted a country where people were judged by their content of character,” she said. “That’s what I am fighting for. How can that be controversial?”

Since posting the tweet, Black Lives Matter Rhode Island is calling on the speaker of the House to strip Morgan of her committee appointments.

“This comment is offensive and deeply insulting to the Black and Brown community,” said Harry Tuttle, executive of Black Lives Matter.

“If Rep. Patricia Morgan truly believed we shouldn’t be divided by our skin color, she wouldn’t have made this divisive of a comment, along with the many other similar comments she has made in the past.”