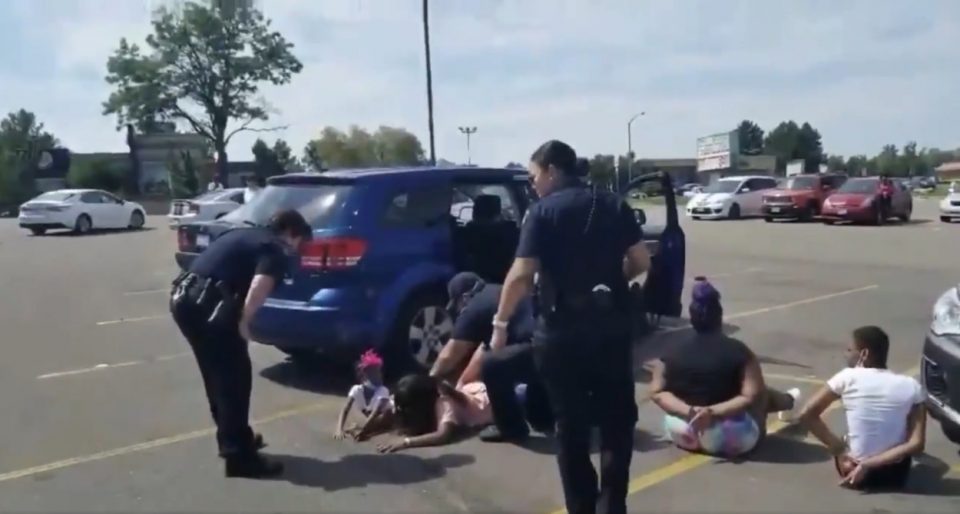 A report published Tuesday found that Black girls and teens are involved in police use-of-force incidents far more than their White counterparts.

The report, published by the Marshall Project, examined data from six large police departments and found almost 4,000 children 17 or under experienced some form of police violence between 2015 and 2020. Of those people, about 800 or 20 percent were Black girls. Black boys, meanwhile, accounted for more than 2,200 incidents.

White girls accounted for just 120 or 3% of use-of-force incidents during the same time.

Adding injury to insult, many of the incidents reviewed during the investigation began as something minor such as skipping school or throwing candy.

The Hill reported that in many of the incidents talking back to an officer or not folloiwng an officer’s instructions led to a rise in tension and violence. In many incidents, police officers used violence ranging from body-slamming and punching girls, to using stun guns and pointing guns despite the fact none of the girls in the incidents were armed.

A simple YouTube search of the phrase “Cop uses excessive force on Black girl” brings up incidents in New Jersey,  San Francisco, North Carolina, and Atlanta—all within the last year.

In New Orleans alone, where two-thirds of the girls are Black, 100% of use of force cases involving an underage girl that was analyzed was Black.

In California, the researchers from the University of California, Berkeley found between 2005 and 2017 thousands of children were sent to the hospital due to encounters with police. Additionally, girls between the ages of 15 and 19 were four times as likely to be injured in those encounter than their White counterparts.

“The protections of childhood are not afforded to all children,” the study concluded.

The Centers For Disease Control and Prevention estimates 21,000 minors were treated for nonlethal injuries caused by police or security guards between 2015 and 2019; 30% of those incidents involved Black children. However, Black children account for just 13% of minors, according to the Marshall Project. Even during the Black Lives Matter protests in the summer of 2020, incidents against young Black women continued.