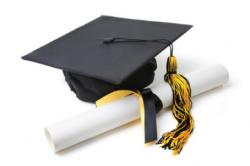 As the U.S. government works to overhaul the nation’s financial system and contemplates bailing out its top automakers, a recent independent study highlights what it calls “the uneven distribution of higher education opportunity and achievement in the United States,â€ suggesting many current and future college students may need a lifeline of their own.

“Measuring Up 2008,â€ a biennial state-by-state report card on higher education published by the National Center for Public Policy and Higher Education, grades states in six overall performance categories including preparation for college, participation, affordability, and completion. The National Center created the first Measuring Up study in 2000.

“Family wealth and income, race and ethnicity, and geography play too great a role in determining which Americans receive a high school education that prepares them for college, which ones enroll in college, and which ones complete certificate or degree programs,â€ according to the study.

Colleges have become less affordable for American families since the 1990s, primarily because college costs exceed inflation and economic growth. In terms of college affordability, every state except California, which earned a C- for its relatively low costs for public two-year colleges, received an F.

“Just the huge jump in the percentage of family income required to pay for higher educationâ€ has earned states failing grades, says Joni E. Finney, an education professor at the University of Pennsylvania who was a project manager and developer for Measuring Up 2008.

For the 2007-2008 school year, 25% of middle-income families’ earnings went toward paying tuition at public four-year colleges and universities, up 7% from eight years earlier. On average, working and poor families must pay 40% of their income to enroll a student in a public four-year college compared with 13% of income spent by upper-income families, the study continues.

While college attendance has increased for all groups over the past 30 years, gaps in enrollment among racial and ethnic groups have not disappeared.Â Only 56% of black and 58% of Hispanic high school graduates enroll in college the next fall, compared with 73% of whites, according to the National Center report.

These disparities also can be seen in college completion rates.Â Measuring Up 2008 shows that 59% of white students complete a bachelor degree within six years of enrolling in college. By comparison, 41% of African Americans, 47% of Hispanic students, and 39% of Native American students complete a bachelor’s degree within six years.

Evelyn Jones Rich hopes a scholarship named in honor of her late son, Wall Street investment banker and lawyer Gordon Rich, will assist with helping to finance a student’s dream.