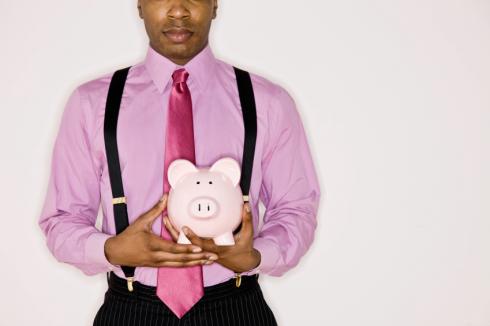 Amid the current financial crisis that has economists drawing comparisons to the Wall Street Crash of 1929, a new study reveals that African Americans are faring worse than whites and the economic gains made during the 1990s are steadily reversing.

Released last week by the Economic Policy Institute (EPI), the report, “Reversal of Fortune: Economic Gains of 1990s Overturned for African Americans From 2000-07,” examines how employment rates, homeownership gains, increased poverty rates, and crime have contributed to a reversal that took place between 2000 and 2007. Even though there was economic growth from 2000 to 2007, the benefits have been concentrated among the very wealthy of Americans, the EPI report states.

The 1990s was the heyday for many Americans and offered several positives for African Americans including a tighter labor market that produced increases in employment, wages, and homeownership, along with a historic drop in the poverty rate, the report continues. Teen pregnancy and crime rates also decreased during the 1990s.

“When you have jobs, you have a decline in the teen pregnancy rate and crime rate is down,” says Wilhelmina A. Leigh, senior research associate of health, housing, and employment at the Joint Center for Political and Economic Studies. “If these trends had continued, African Americans would have made significant advances in closing economic gaps with whites,” the report reads.

Since 2000, African Americans have experienced a drop in family incomes, wages, and employment, while homeownership rates are swiftly dropping. The 2001 recession, caused mainly by the dotcom bubble burst and the Sept. 11 attacks, was followed by slow job growth and setback many of the strides African Americans made during the 1990s. There was a 2.8% poverty rate increase for the African American family that took place from 2000 to 2007, compared with 8.5% poverty rate decrease from 1989 to 2000, the report states.

“[African Americans] had a period of positive trends and are now going through an even longer period of negative trends,” says Algernon Austin, director of the EPI’s Program on Race, Ethnicity, and the Economy, which published the report. “We didn’t fully recover from the 2001 recession.”

With the presidential election less than six weeks away, Austin says voters should elect the candidate who can create general economic policies that effectively pump life back into the economy and help those citizens most in need.

“We need policies that will stimulate the economy. We need investments in infrastructure,” Austin says, adding that infrastructure investments such as improvements to roads, schools, bridges, sewer and water systems, and creating jobs can help energize the economy. He says policies could be established to offer incentives such as tax breaks to employers who offer employment in black communities with high unemployment rates.