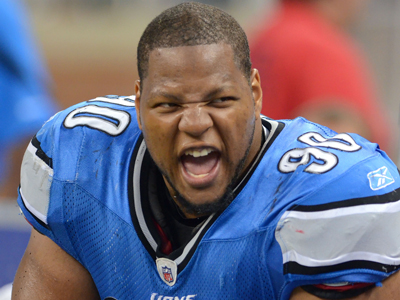 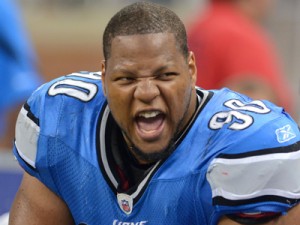 Ndamukong Suh is reportedly appealing his $100,000 fine from the NFL on the grounds it is excessive. The fine, the largest in NFL history that wasn’t related to a suspension, was because of an illegal block on Minnesota Vikings center John Sullivan.

The NFL Remittance Policy impacts teams for multiple violations once the fine amount for all players exceeds $105,000 — although the maximum amount applied to the team total for any individual violation is $50,000. So Suh’s most recent penalty counts for $50,000, meaning if Suh or other Lions players accumulate more fines this season and the total surpasses $55,000, it would automatically trigger a $50,000 penalty assessed to the Detroit organization.

Suh, a team captain, apologized to his teammates Tuesday. He also apologized to linebacker DeAndre Levy, who lost a touchdown on an interception return because of Suh’s penalty for blocking below the waist on the change-of-possession play.

“He apologized to the team. It was sincere. We accepted it,” running back Joique Bell said. “We all a family, and that’s our brother. At the end of the day, we all we got. So, it was a good deal. Levy accepted it, so if he can accept it, everybody should be able to accept it.”

“I have reached out to Ndamukong Suh. We believe that all players have a basic responsibility to each other.”