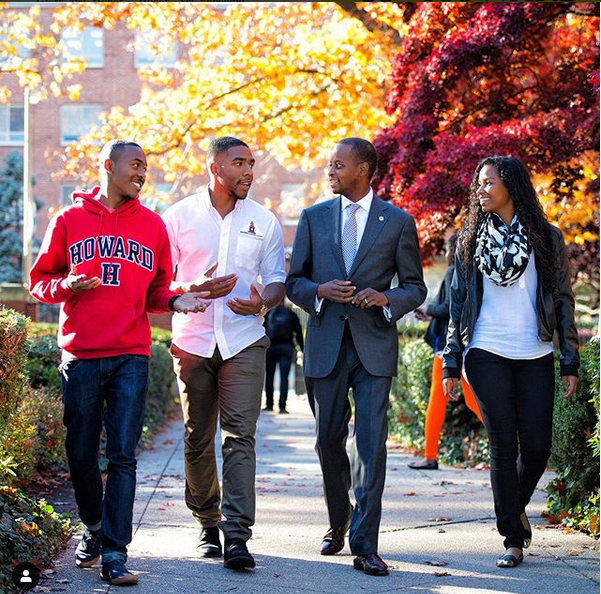 Black and Hispanic college students already have their own set of problems when starting college but it turns out their background can also dictate the interest rate of the student loans compared to their peers.

The Student Borrower Protection Center recently revealed a damning report examining how the use of education data in underwriting private student loans creates economic and racial inequality for borrowers. Companies, including Wells Fargo and Upstart, are being accused of “educational redlining” borrowers by raising the price of credit for marginalized groups. Researchers found that when they plugged in fake background information to pose as graduates of HBCUs like Howard University, students were found to be charged an additional $3,500 for a $30,000 five year loan. Students attending predominantly Hispanic institutions like New Mexico State University were found to be charged even more in comparison to non-minority students attending institutions like New York University.

“It seems apparent when you do the side-by-side comparisons that where this hypothetical borrower went to school mattered in terms of how Upstart measured their creditworthiness, and that to Upstart there’s a penalty for attending an HBCU or HSI,” says Kat Welbeck, a civil rights counsel at the Student Borrower Protection Center. “What we found raises serious alarms and warrants immediate attention by lawmakers.” She continues on to say that the research was alarming considering the important legacy of HBCUs and HSIs have in providing access to higher education for under served groups.

“There’s no other explanation that we can really come to terms with other than the fact that where this borrower went to school mattered in terms of how Upstart measured their creditworthiness,” Welbeck said.

Lending site, Upstart, responded to the reports in stride. “We definitely appreciate the intent,” Upstart CEO Dave Girouard told NPR. The former senior executive at Google argues that he founded Upstart to use technology to make credit more available. Girouard said the company looks way beyond your credit score, considering over a thousand other factors that can affect eligibility. “Our entire mission and the reason we get out of bed every morning is to improve access to affordable credit,” Girouard continued. “So we are absolutely supportive of the intent that credit shouldn’t be biased or unfair in any way.”

Wells Fargo also replied in a statement disagreeing with the organization’s recent findings. “Wells Fargo has a long standing commitment to providing access to financing for students attending community colleges,” the bank says. “We follow responsible lending practices that take into account expected performance outcomes and are confident that our loan programs conform with fair lending expectations and principles.”