Cardi B Creates $4.5 Million in Media Value for Christian Louboutin 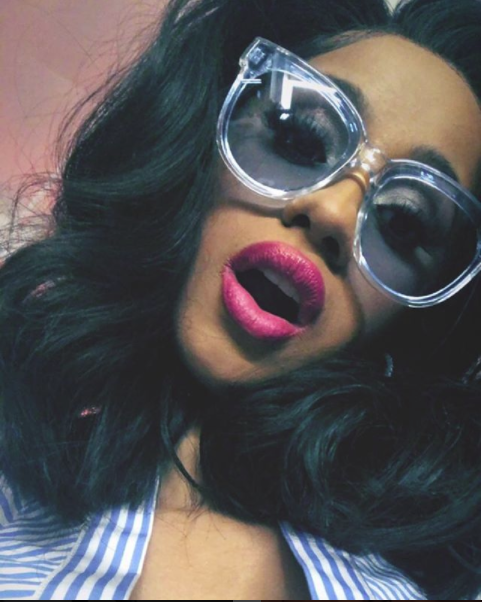 Talk about #BlackGirlMagic and the power of hip-hop culture. Cardi B, a popular reality TV star turned mega hit rapper, can add yet another accomplishment to her platinum-selling resume: boosting interest in the iconic shoe brand astronomically, almost overnight.

According to a recent Business of Fashion report, Belcalis “Cardi B” Almanzar has created an estimated $4.5 million media value this year for the brand after releasing the radio banger “Bodak Yellow (Money Moves),” and there’s been a massive 217% spike in web searches for Christian Louboutin shoes since summer.

The 25-year-old female lyricist raves about the “red-bottom” “bloody shoes” in the song, and, like it or not, it’s a song hard to escape, whether it was played during your favorite morning radio show or mimicked in your nephew’s latest Snapchat. Cardi B has taken the hit from the small nightclub stages to the MoMa to the Puerto Rican Day Parade and beyond. Black Hollywood heavyweights including Taraji P. Henson, Idris Elba, and Kevin Hart have raved about the song and Cardi and music icon Janet Jackson set the crowd and social media ablaze when she added the song to her concert set.

The song has continued its momentum from summer into fall, winning the BET Hip Hop Award for Best Single of the Year last month and breaking a No. 1 Billboard chart record that Lauryn Hill had held since the late 1990s. Black Enterprise cover girl and Uber Chief Brand Officer Bozoma Saint John even blasted the song at AfroTech.

One celeb not so hip to the game is Christian Louboutin himself. He recently told The New York Times he’s “not a big rap person,” but said he’d be open to meeting the Trini-Dominican-American star someday.

As for a direct sales boost correlation, the verdict’s still out. However, Deloitte reports that 20.5% of millennials look to social media and more than 15% to the web to get informed about a high-end item before purchasing. Also, Nielsen reported that black women, in particular, spend more time watching live TV, listening to the radio, and using multimedia devices than the whole U.S. female population; they are trendsetters and contribute tremendously to pushing black buying power closer to a record $1.5 trillion; and they have “enjoyed steady growth in population, incomes, and educational attainment.”

Based on the stats, one can assume that if many power women of color hear “Bodak Yellow” enough times, they might actually be prompted to give that Louboutin pump at least a second look when splurging for the holidays—or get that good sister-girlfriend to pick them up a few sample-sale pairs to go under the tree.