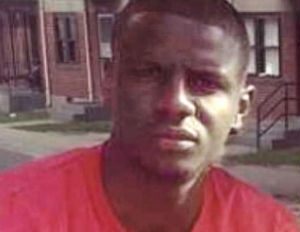 According to reports today, Baltimore City State’s Attorney Marilyn Mosby brought charges against six police officers in the death of Freddie Gray, saying he suffered “a severe and critical neck injury” as a result of being placed “handcuffed, shackled by his feet and unrestrained” inside a police van.

“To the people of Baltimore and demonstrators across America, I heard your call for ‘No Justice, No peace,’ Mosby told reporters. “Your peace is sincerely needed as I work to deliver justice on behalf of this young man.”

Officer Caesar R. Goodson Jr., who was the driver of the van, faces the most serious charge: second-degree depraved-heart murder.

The city’s police union stands behind the officers, with the union’s president stating in an open letter to Mosby that “none of the officers involved are responsible for the death of (Freddie) Gray.”

Reports also indicate that, upon hearing about the announcement to indict, residents showed public satisfaction with what will be the beginning of finding out exactly what happened to Gray, who was taken into police custody in the back of a van alive, but did not make it out of the van that way.

Mosby recently expanded on how Gray may have died, stating, “The manner of death deemed a homicide by the Maryland state medical examiner is believed to be the result of a fatal injury that occurred while Mr. Gray was unrestrained by a seat belt in the custody of the Baltimore Police Department wagon.” Police have also admitted that there was a violation of department policy in that Gray had not been properly fastened into the van when he was arrested April 12. He died April 19 after being in a coma.

Check out reactions via social media, from around the world: