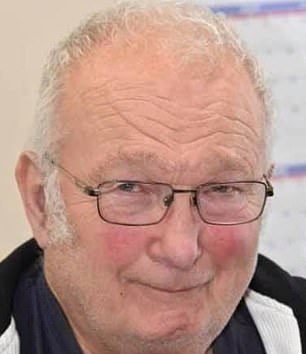 A Republican official in Leelanau County, Michigan, is rejecting calls to resign after he used the N-word at a community meeting and later doubled down on his use of racist rhetoric.

Leelanau County Road Commissioner Tom Eckerle used the racial slur at a public meeting earlier this week when asked about why he refused to wear a mask during the coronavirus pandemic.

“Well, this whole thing is because of them n—–s in Detroit,” Eckerle said, according to the Leelanau Enterprise, a local newspaper.

“I can say anything that I want. Black Lives Matter has everything to do with taking the country away from us,” Eckerle reportedly responded.

After the meeting, Joyce told the Leelanau Enterprise that “there’s just no room for that kind of language here” and that he “won’t tolerate any kind of racism in our meeting room or in our organization.”

Nevertheless, Eckerle doubled down on his use of the racial slur when asked during an interview if he regretted it.

“No, I don’t regret calling it an n—–,” he told Interlochen Public Radio on Thursday. “A n—– is a n—– is a n—–. That’s not a person whatsoever.” He said he will not resign from the road commission, the radio station reports.

Now, several state officials, including Michigan Gov. Gretchen Whitmer, are calling for him to resign.

“His comments are atrocious,” the governor’s press secretary told CBS News Friday. “The Governor has been very clear — there’s no place for hate and racism in Michigan.”

Republican State Rep. Jack O’Malley also said that after learning about the incident, he also asked his colleague to resign, but he refused.

“He confirmed to me he did use the racist slur. After some discussion, I asked Mr. Eckerle to resign. He refused,” O’Malley said in a statement on Facebook.

“In today’s emotional and highly charged climate to say what he said is ignorant and has no place, especially as an elected official,” reads O’Malley’s post. “I did remind him he represents everyone in Leelanau County as I do…. and his comments were and are beyond stupid. I hope Mr. Eckerle can come to see his mistakes and resign.”

O’Malley added that Eckerle “is in the early part of an elected six-year term. If he refuses to resign there are 2 options that I am aware of. The citizens can petition for a recall, or, the County Board can request that the Governor remove him.”

Furthermore, the Leelanau County Road Commission also issued a statement asking for Eckerle to resign. The letter said they do not condone the racist comments and they will not tolerate “any kind of racism in our meeting room or in our organization.”