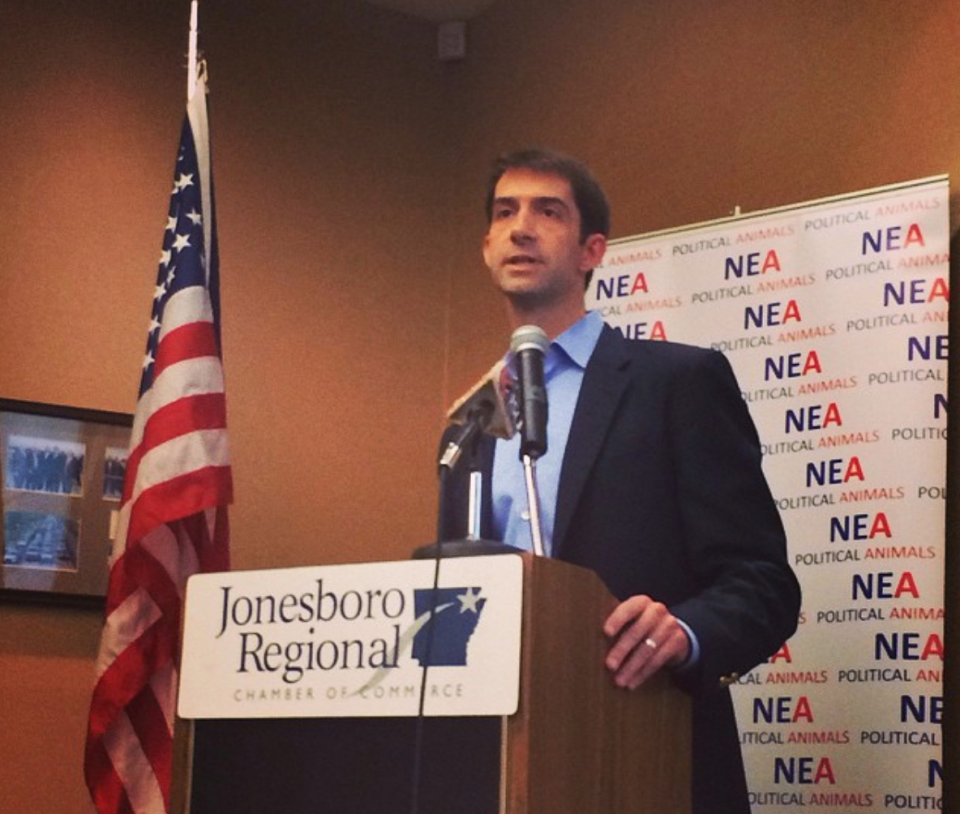 The New York Times 1619 project created by staff writer Nikole Hannah-Jones received wide acclaim for its groundbreaking research on the early history of the United States even earning her a Pulitzer Prize for the commentary earlier this year. However, the history project has also received a lot of pushback from conservative Republicans. Now, Sen. Tom Cotton (R-AK) has unveiled a bill that would prohibit the use of federal funding to promote and teach the 1619 project.

In Cotton’s bill titled the “Saving American History Act of 2020,” he states that the new legislation “would prohibit the use of federal funds to teach the 1619 Project by K-12 schools or school districts. Schools that teach the 1619 Project would also be ineligible for federal professional-development grants.”

According to MSN, Cotton’s states that “under the bill, the Secretaries of Education, Health and Human Services, and Agriculture would be required to prorate federal funding to schools that decide to teach the 1619 Project—determined by how much it costs to plan and teach that curriculum.”

Hannah-Jones has responded to Cotton’s new bill on Twitter in a series of tweets, condemning the move. “”Would love if someone could surface the memo that has gone out to make the 1619 Project a right-wing talking point. Last two weeks been mentioned by Pompeo, Cotton, Trump and Cruz. The project published in August of *2019.*,” she wrote in a tweet.

Sen. @TomCottonAR has introduced a bill prohibiting the use of federal funds to teach the 1619 Project because apparently “The Federal Government has a strong interest in promoting an accurate account of the Nation’s history through public schools.” https://t.co/aZRQIcOe9q

In an interview with Fox News Sunday, President Donald Trump expressed his disapproval of the historical project as well. “I just look at — I look at school. I watch, I read, look at the stuff. Now they want to change—1492, Columbus discovered America,” he said according to MSN. “You know, we grew up, you grew up, we all did, that’s what we learned. Now they want to make it the 1619 project. Where did that come from? What does it represent? I don’t even know.”