Republican Sen. Tom Cotton Writes That Slavery 'Was the Necessary Evil Upon Which the Union Was Built' 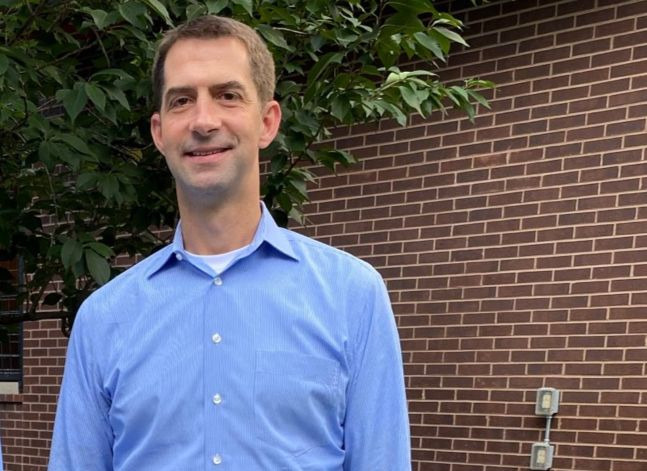 A Republican senator from Arkansas described the enslavement of Africans in the United States as “the necessary evil upon which the union was built,” according to CNN.

Sen. Tom Cotton, who has an ongoing effort to prevent US schools from teaching the 1619 Project, made the statements in an article that was published Sunday by The Arkansas Democrat-Gazette.

“The entire premise of the New York Times’ factually, historically flawed 1619 Project … is that America is at root, a systemically racist country to the core and irredeemable. I reject that root and branch,” Cotton said. “America is a great and noble country founded on the proposition that all mankind is created equal. We have always struggled to live up to that promise, but no country has ever done more to achieve it.”

“We have to study the history of slavery and its role and impact on the development of our country because otherwise, we can’t understand our country. As the Founding Fathers said, it was the necessary evil upon which the union was built, but the union was built in a way, as Lincoln said, to put slavery on the course to its ultimate extinction,” he said.

Cotton later backtracks a little on his original statement via his Twitter account when he stated that the view of the founders “is not endorsing or justifying slavery.”

More lies from the debunked 1619 Project.

Describing the *views of the Founders* and how they put the evil institution on a path to extinction, a point frequently made by Lincoln, is not endorsing or justifying slavery.

No surprise that the 1619 Project can’t get facts right. https://t.co/nLsb73X3Gi

You said, quote: “As the Founding Fathers said, it was the necessary evil upon which the union was built.” That “as” denotes agreement. Further, if by path to extinction you mean growing the enslaved poP from 500k to 4 million at Civil War, a war fought over slavery, then, ok. https://t.co/22c94wWhni