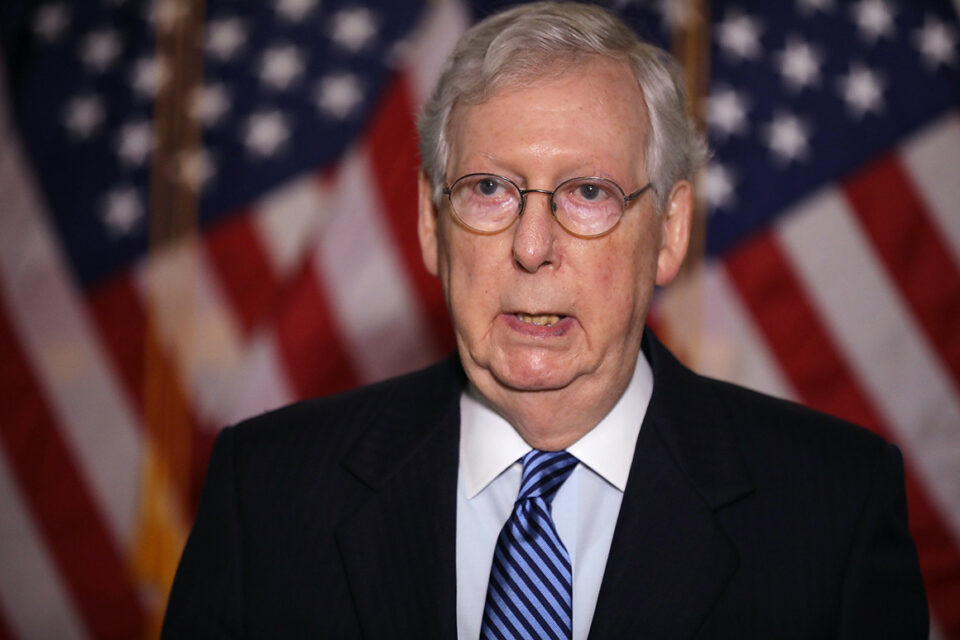 The announcement comes as no surprise considering he voted against the judge last year for her confirmation to the appeals court and questioned her qualifications more than once during her confirmation hearing this week.

“After studying the nominee’s record and watching her performance this week, I cannot and will not support Judge Jackson for a lifetime appointment to the Supreme Court,” McConnell said from the Senate floor.

Among the reasons for his opposition, McConnell cited Jackson’s sentencing decisions, judicial philosophy, and her decision not to take a position on expanding the court. McConnell also accused Jackson of judicial activism.

“It’s a recipe for courts to wander into policy making and prevent healthy Democratic compromise. This is the misunderstanding of the separation of powers that I’ve spent my entire career fighting against…I will vote against this nominee,” McConnell added.

Republican Senators Ted Cruz (R-TX) and Josh Hawley (R-MO) have also said they will not support Jackson’s confirmation, according to Twitter accounts.

Despite the announcements, Democrats are pushing forward with Jackson’s nomination. According to The Hill, the Committee is expected to vote on her confirmation Apr. 4.

As long as all 50 Democratic senators are united, Vice President Kamala Harris can break the tie confirming Jackson. The only wild card on the Democratic side is Sen. Joe Manchin, who announced on Twitter Friday morning that he will confirm Jackson.

“Just as I have with previous Supreme Court nominees, I met with Judge Jackson and evaluated her qualifications to be a Supreme Court Justice,” Manchin said in a statement.

“After meeting with her, considering her record, and closely monitoring her testimony and questioning before the Senate Judiciary Committee this week, I have determined I intend to vote for her nomination to serve on the Supreme Court.”

“I want to make sure she’s on the court, that we will have bipartisan support…I hope and I’m still hoping that several Republicans will step up and support her nomination. I’m disappointed by Senator McConnell’s position but I’m not surprised,” Durbin told reporters Wednesday.