What Do Books Say About Us? 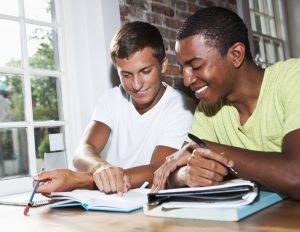 Last month the website Ideas.Ted.com posted a list of books that students are required to read around the world. What’s the U.S. choice? To Kill a Mockingbird.

I read To Kill a Mockingbird on my own as an adult, so I wasn’t aware that it was required reading in schools. Mockingbird is a good book. It has a haunting quality; the movie too is expertly cast and acted. Although the book bemoans the fundamental injustice black people (through the character of Tom Robinson) experienced in this country, it deeply disappoints me, though it’s certainly wasn’tÂ unexpected that Robinson was killed in the end, and that the setting puts black people in a subservient role.

In fact, when my 10-year-old daughter saw the movie, she assumed the black people were slaves.

It bothers me that this book is required reading because it fossilizes a period in our nation’s history that we want to move away from, even if as a people we still deal with vestiges of the kind of second-class citizenship that typified the black experience in 1930s Alabama.

Perhaps the book Hidden Figures could replace To Kill a Mockingbird. Although definitely constrained by the U.S.’s own brand of apartheid, the women in the book exemplify grace and, oddly, power. Their brilliance, ambition, and determination shine through. I like the idea of schoolchildren in the entire country reading that true story, rather than about a man who ends up dead and defeated.

When I homeschooled my children, a favorite book recommended by other homeschoolers was The Cay–yet another story in which a black man ends up dead. Although Timothy is smart, knowledgeable, and resourceful, he is despised by a white kid who nevertheless depends on Timothy because he–the boy–is blind.

I’m tired of books that reveal injustice and the folly of racial prejudice by putting black people in situations where they’re detested and end up dead. Books that show black men and women as complex, multidimensional people who have the grace and tenacity to win would go a lot further toward revealing the fallacy of racist ideology.

Yes, we have those books. It would be nice if they were required reading.

To read about the choices of other countries, go to this website.