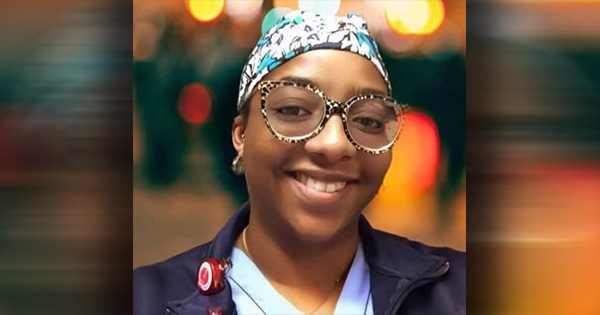 Maisha Oni Muhammad-Brinkley, a respiratory therapist from Texas affectionately referred to by her patients as “The Breathing Lady”, has sadly died of COVID-19. She had been tirelessly working on the front lines.

“She took care of a lot of homeless people that actually would speak to her when we would be out, close to that area,” her husband Reginald Brinkley told NBC News. “They were like, ‘that’s my friend. That’s ‘The Breathing Lady.’”

For 8 years, Maisha worked at Medical City Dallas. During the pandemic, she worked 12-hour shifts in the emergency room and COVID unit. As a respiratory therapist, she was responsible for assessing patients’ breathing and placing those with severe cases on a ventilator.

Eventually, she was the one who had to be put on a ventilator when she contracted the virus. She tested positive for the coronavirus two days after experiencing symptoms such as dizziness while at work.

Her husband, who also tested positive, managed to recover after battling an over 100-degree fever for 3 weeks. But Maisha was hospitalized, her condition continued to worsen and she was unable to walk or breathe on her own.

“She told me to take care of our babies and she said that she was trying to get well. She said, ‘I promise you, Brink. I’m trying. I’m trying. I want to come home,’” her husband said. “During that time, she wrote letters to our children and to myself and she wanted for me to read it to our children at her memorial service.”

Medical City Dallas expressed their condolences on Maisha’s death. It said in a statement, “Maisha’s positive attitude, willingness to serve and caring spirit made a difference in the lives of her patients and colleagues. She will be remembered for her commitment to excellence and as a great mentor who trained many current respiratory therapists within Medical City Healthcare and across North Texas.”

Moreover, her husband hopes respiratory therapists get the recognition they deserve especially “at this time, they’re the most needed.”

“I told her, her sacrifice would never be forgotten, and I would never let her name go unmentioned,” he added.