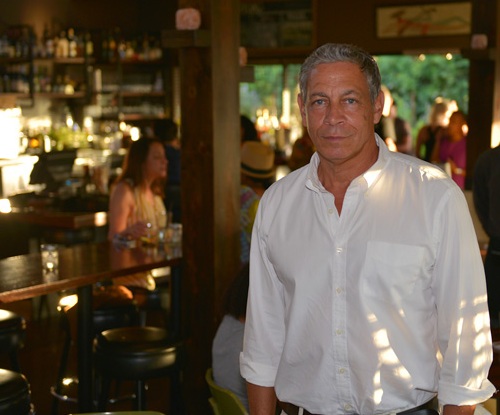 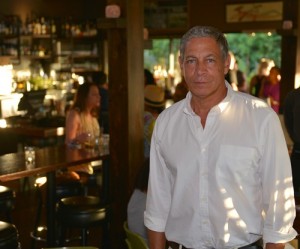 Brad Johnson has come a long way since his teenage days working as a busboy and dishwasher at his dad’s popular Upper West Side New York restaurant, The Cellar. Today, the second-generation restaurateur is the owner of two Los Angeles restaurants, Post & Beam and Willie Jane. Those are just his latest foodie hot spots, Johnson has a list of noted restaurants and nightclubs that he’s either owned or operated since the ‘80s.

His rise has included the 20/20 Club, owned by music legends Valerie Simpson and the late Nick Ashford, wherein he was hired to “re-concept” the operation; Memphis, a New Orleans style restaurant in New York; and Windows, a 10,000 square foot fine dining restaurant on the top floor of the AT&T building in downtown Los Angeles, just to name a few.

Having longevity in the restaurant business is no easy feat. According to the National Restaurant Association, 30% of new restaurants fail in the first year, and of those that survive, another 30% close in the next two years. “The failure rate is, in large part, a testament to the fact people underestimate how difficult this business is to manage in terms of cash flow,” notes Johnson, whose wife is a CPA and former auditor. “There are so many variables and margins are so thin that if you are not disciplined about how you manage your finances and control costs, you will not be in business very long. Also, a lot of people, for many reasons, are attracted to the restaurant business but have no background in that industry.”

Judging by Johnson’s 30-plus years in the business, he has found a recipe for success. Four key ingredients working in his favor: 1) choosing the right location, 2) identifying talented partners, 3) having a good concept and 4) landing a vested investor. Post & Beam is located in the Baldwin Hills Crenshaw Plaza, a mall that is owned and operated by Chicago-based Capri Capital Partners L.L.C. (No. 7 on the BE 100s assets managers list with $3.7 billion in assets under management). In addition to being Post & Beam’s landlord, Capri is an investor, having provided a undisclosed amount of capital to help launch the restaurant in 2012.

“Funding is a big challenge in our business because of the risk factors,” says Johnson. “Rarely is our business attached to a real estate deal, which makes it a little safer to most investors.” In 2000, Johnson closed the doors on an upscale soul food restaurant called Georgia that he opened in 1993 with NBA legend Norm Nixon and a crowd of celebrity investors including Denzel Washington. “It closed as a result of lease terms that were not sustainable. We had a chance to buy the building and didn’t, that would have solidified our longevity.”

Johnson adds the reason why restaurants, in particular some African American-owned establishments, don’t enjoy longevity is because most often it has to do with lack of property ownership and access to sufficient capital. Banks rarely give restaurateurs loans. It was Capri Capital‘s vice chairman of investments and partner Ken Lombard (Magic Johnson’s former business partner) who tapped Johnson to open a restaurant on the grounds of the 50 acre property. Capri turned the Los Angeles mall from a class C into a class A retail center in 2011.