Rev. Jesse Jackson Hospitalized After Falling While Helping Howard U Students at Protest 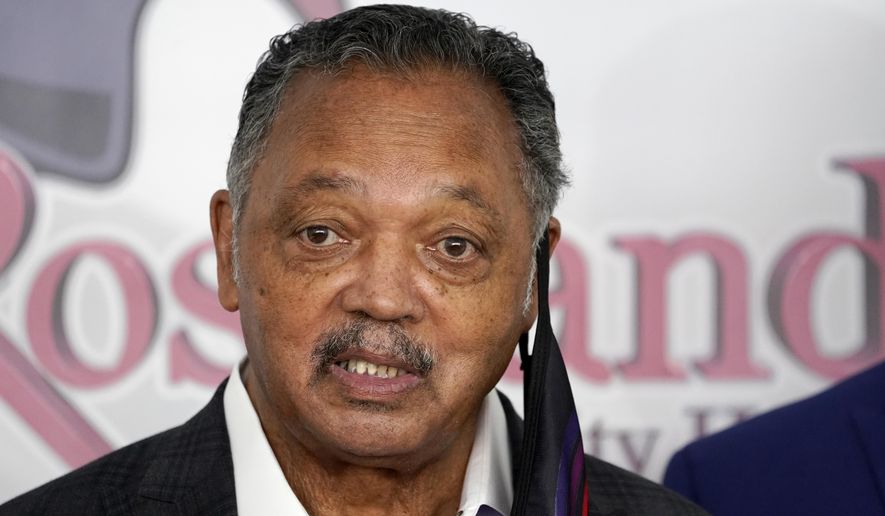 Civil rights leader and icon Rev. Jesse Jackson was rushed to the hospital after he fell while participating in a protest at the famed HBCU Howard University.

According to a tweet sent out by Howard University, the institution acknowledged that Jackson had sustained a head injury while at the school trying to assist in trying to end the friction between students and the administration due to housing issues on campus.

While meeting with various administrators, including Dr. Wayne Frederick, Rev. Jackson sustained an injury upon entering the Blackburn Center. Our thoughts and prayers are with Rev. Jesse Jackson and his family at this time.

We can confirm that Rev. Jackson was taken to the hospital by a university administrator and was later joined by Dr. Wayne Frederick. Our prayers are with the Jackson family.

According to The Washington Post, as Jackson was going into a campus building, he stumbled and hit his head, his spokesman, Frank Watkins, told the newspaper. Jackson was taken to Howard University Hospital for a series of tests, including a CT scan, and the tests revealed that everything was normal. Watkins also stated that he was kept overnight for observation.

In a Twitter post, his daughter Santita Jackson stated that he is “resting comfortably and doing well.”

Family, he’s resting comfortably & doing well: we thank u 4 ur prayers! Fighting 4 u is what he’ll always do. His goal is 2 ensure the well-being of@HowardU students: #MissionAccomplished

Last month, Jackson celebrated his 80th birthday at the National Action Network headquarters in Harlem, New York. Families and friends gathered at the location on Oct. 22 to salute the civil rights leader. He turned 80 on Oct. 8. Jackson and his wife, Jacqueline, had been hospitalized at Northwestern Memorial Hospital in Chicago after testing positive for COVID-19.

According to CBS Chicago, Jackson has been active as recently as last week, the Rev. Jackson and the Rainbow PUSH Coalition hosted a march in Peru, Illinois. The organization is seeking justice for Jelani Day, a student at Illinois State University whose body was found in the Illinois River a month after he went missing.