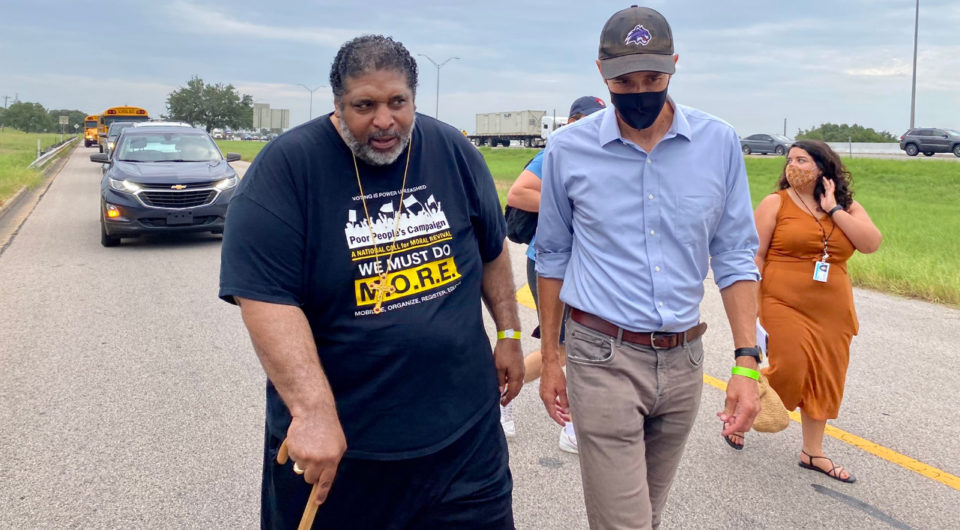 The country has been at odds with recent voting changes being instituted by a chorus of Republicans who claim widespread voting irregularities will prove former President Donald Trump actually won the last presidential election. However, that’s a fallacy of epic proportions.

The Democrats have been trying to make sure that every vote counts to give all Americans a chance to play an important role in the elections. On the surface, it looks like people of color, the elderly, the poor, and other underrepresented communities are being pushed back with some changes to the voting laws that would make it more difficult to cast their vote.

According to The Huffington Post, The Rev. William J. Barber II and former Texas Rep. Beto O’Rourke have launched a four-day, 27-mile march in Texas in an effort to combat voter suppression, and they are calling on Congress to end the filibuster and pass voting rights legislation.

Our moral march to Austin this week is about showing the nation that Black, white, brown, native, Asian, young, old, poor & low-wealth ppl in Texas are standing together to demand Dems who hold Senate majority take action to enact policies they ran on.https://t.co/SUU79X5AGY

The march is on. @BetoORourke & Rev. William Barber are leading demonstrators on a 27-mile, 4-day walk from Georgetown to the #Texas State Capitol in a Selma to Montgomery-style march to demand federal voting reform and combat what they call voter suppression efforts in TX. @KVUE pic.twitter.com/fbF6zEhjf7

KVUE has reported that O’Rourke and his voter outreach organization Powered by People have collaborated with Rev. William Barber and the Poor People’s Campaign to host a “Selma to Montgomery”-style Texas march to demand federal voting rights protections.

The march started in Georgetown on Wednesday morning and will end at the Texas State Capitol in Austin on Saturday.

Powered by People has called for people to help support their effort on Saturday.

“Texas stands at the epicenter of the fight for voting rights in America. Republican leaders in this state have pushed some of the most egregious voter suppression bills in the nation, proving they would dismantle our democracy in order to maintain power. In the spirit of the Selma-to-Montgomery March of 1965, we are marching from Georgetown to Austin to send a message that Congress and President Biden can hear from Washington, D.C.: We need federal action NOW to put an end to these attacks on our democracy in Texas and across the nation.

“Join us for this historic march in Texas culminating with a Rally at the Texas Capitol on Saturday, July 31st at 10:00AM. This march and rally are part of A Season of Nonviolent Moral Direct Action led by the Poor People’s Campaign and dozens of partners including Powered by People.”