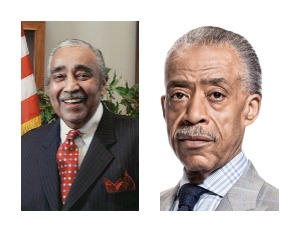 For the past few decades, the Rev. Al Sharpton and Democratic Representative Charles RangelÂ have been the two most recognizable African American names and faces in New York City politics.

Now for the first time in his 43-year-long congressional career, it appears Rangel needs Sharpton more than Sharpton needs him, and it’s the reverend’s turn to look the other way.

With the Democratic congressional primaries just a month away, Rangel is in what could be the toughest reelection fight of his career.

He has three major opponents in the June 24 primary. There areÂ Adriano Espaillat, a Dominican-American state senator who nearly knocked off the longtime incumbent two years ago;Â Reverend Michael Walrond, the seventh senior pastor of the historic First Corinthian Baptist Church in Harlem; and Yolanda Garcia, a community activist from the South Bronx.

Rangel says his experience and wisdom from decades of service make him the right man for office; his opponents are clamoring for some new blood and a fresh face.

At present, recent polls find Rangel, who is seeking a 23rd term in office leading the pack, but things could change.

A recent New York Times/New York 1 poll finds the 83-year-old incumbent with a modest lead. According to the New York Times, “Representative Rangel has the support of 41 percent of likely voters in the 13th Congressional District, which includes much of Upper Manhattan and part of the Bronx. Mr. Espaillat, Mr. Rangel’s nearest rival in the primary contest to be held June 24, has the support of 32 percent.” 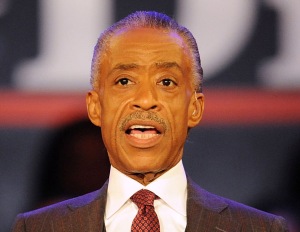 Now here’s where Reverend Al, who’s not running, could change the outcome. It’s a badly kept secret that Sharpton is supporting Walrond in the June 24 primary.

It’s unlikely that Walrond will win, but he could play spoiler, depriving Rangel of critical black votes and essentially handing victory to Espaillat, who Rangel had a tough time defeating two years ago.

The bad blood between Rangel and Reverend Al goes way back.

Long before Sharpton started hosting his PoliticsNation show on MSNBC, he ran for mayor and president. Congressman Rangel, as one of the top players in the established political class, sided with the Democratic Party favorites at the time instead.

Rangel’s decision to endorse Ruth Messinger for mayor in 1997, instead of Sharpton, and again in 2004, when Rangel threw his support behind Wes Clark instead of Sharpton during the Democratic presidential primary, are key betrayals Sharpton isn’t likely to forget.

It also makes it fair to assume that a Rangel endorsement from Sharpton isn’t coming anytime soon. 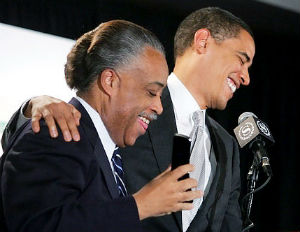 Their bad blood boiled again in the 2008 presidential race: Rangel was a vocal supporter of Hillary Clinton, Sharpton went with Barack Obama.

Clinton lost, Obama won. And it led to unprecedented access to the White House for Sharpton, while Rangel wasn’t exactly shown the welcome mat. He never got the sort of access to the president he assumed was his right as chairman of the House Ways and Means Committee.

Sharpton downplays the notion of a rivalry telling Politico, “Politically, he’s never supported me and I’ve understood that. And politically, I went with President Obama and he went with Clinton. And that was what heightened the perception of some kind of rivalry.â€

And it’s no secret either that Rangel and the most powerful African American politician in the country, President Obama, don’t see eye to eye.

By most accounts, Rangel’s loyalty to the Clintons, and Obama’s inexperience made him largely dismiss the younger presidential candidate in 2008.

One famous quote from Rangel was particularly biting, “There’s just no question in my mind that Hillary would be in a better position than a freshman senator,â€ Rangel reportedly said in January 2008. “This ain’t no time for a beginner.”

Fast forward to 2014 when the president’s blessing is working wonders for the Reverend.

And when Mr. Rangel’s “district has undergone vast socioeconomic and demographic changes since he was first elected in 1970.”

Harlem has changed. The rapidly gentrifying 13th Congressional District – which for decades was made up almost exclusively of black voters is now majority Latino.

There are murmurs within the district that voters may be tired of his leadership and is ready for someone new.

Whether or not they’ll pick Espaillat, Walrond or GarciaÂ  will be decided on June 24.

It’s not the first time Rangel has been in trouble, but he’s always found savvy ways to rally and beat the odds.

Only this time it won’t be easy, and his old political rival who now has the high ground and a platform on MSNBC, is in a position to make things a whole lot tougher.