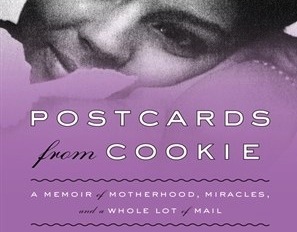 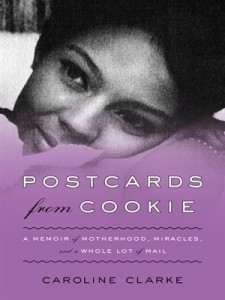 At this moment, there are over 100,000 children in the U.S. who are awaiting adoption, and each November during National Adoption Month through various events and activities organized by the Dave Thomas Foundation, hundreds of these youngsters are lucky enough to receive their dream of a home with a loving family.Â  It was the late Dave Thomas, founder and chairman of Wendy’s, himself adopted, who put the spotlight on the need for adoptive parents and spurred interest in finding homes and families for children waiting for adoption. Â According to Dave’s mantra, “Every child deserves a childhood.â€

However, for one lucky youngster born on Christmas Day in the mid-1960s, there was no wait and no missed childhood. Rather, at the age of one month, she was adopted into a home with two African American professional parents–a loving and totally doting mother and father who showered her with endless affection, warmth and encouragement; a strong belief in God and herself; and the blessing of a stable home and a fantasy childhood. Their cohesive family unit was replete with many aunts, uncles, cousins and a host of extended family members, all of whom resided in similar contiguous upper middle class, multi-ethnic neighborhoods in the boroughs of New York’s Manhattan and the Bronx.

From this fortuitous upbringing the child, Caroline Clarke, emerged to become an award-winning journalist, nationally syndicated television host and accomplished author. Her new book, Postcards from Cookie, A Memoir of Motherhood, Miracles, and a Whole Lot of Mail (Harper Collins), is the powerful story for how a simple inquiry about health history produced a mind-blowing revelation–that her mother, Cookie, was the daughter of legendary singer and entertainer Nat King Cole–triggering a joyful, disruptive, exhilarating and even frightening expansion of the definition and experience of family relationships.

Clarke takes us along on her amazing journey through an idyllic childhood as an adopted baby girl who grows into an accomplished and confident young woman, nurtured in an environment of unadulterated familial adoration and limitless opportunity. Despite learning at age seven that she had been adopted as a newborn, this knowledge never seems to upend the confidence and determination of this young woman. Yet, it was merely a chance interface with her adoptive agency that causes her to question her biological parentage. Using her journalistic investigative prowess, Clarke embarks upon a personal expedition that leads to the unraveling of secrets and lies, and the redefinition of previously accepted truths that were commonplace among middle class families at the time of her birth.Â  As her world begins to implode, the reader is invited inside the heart and mind of the writer as a firsthand observer–experiencing with her the changes in her feelings and sense of being. You are captured and captivated as decades-old truths are shattered and replaced by new realities and understandings. No matter your age, gender or ethnicity, you will begin to experience what she is going through, and to share her emotions, her confusion, her conflicts–even her joys and her pain. A masterful language manipulator, this sensitive writer propels you through a voyage of resurrection and renewal that keeps the reader engrossed for hour upon hour, until this leg of her passage comes to an end.

A “must readâ€ novel-like memoir, Clarke provides important insights into the New York social-welfare system, and offers candid commentary about its social and cultural establishments prominent during the mid-to-late 1960s, and beyond. But more importantly, Clarke provides an insider’s glimpse into the connectedness of the bi-coastal African American society–across professional disciplines, economic positions, educational achievement and religious practices. Even the title will give you pause as you reflect upon the dying art of sending handwritten notes via “snail mailâ€ and try to recall the last time that someone you cherished penned an important message to you using a quirky postcard.

An important vacation, weekend, or “I can’t answer the phone or text anyone until I finishâ€ read, Postcards from Cookie is sure to place its author, Caroline Clarke, solidly on the list of most-sought-after writers. Further, I predict a sequel [some unanswered questions and unresolved issues remain], or a made-for-TV movie is in its future.–Carolyn Odom