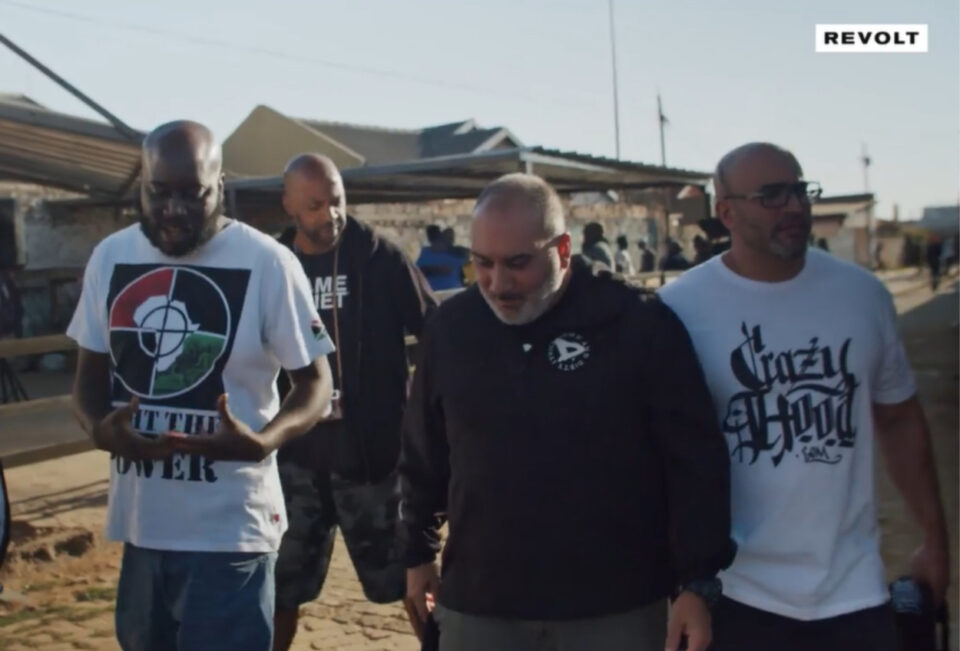 Directed by DJ EFN and co-produced by his Crazy Hood Film Academy and Rock the Bells—the global lifestyle brand dedicated to elevating hip-hop culture founded by LL COOL J, REVOLT will debut this impactful content across its streaming and linear channels, according to a press release.

Featuring two films that document hip-hop culture in Colombia and South Africa, these new iterations of Coming Home follow along DJ EFN and his crew as they use the common language of music to guide and familiarize them with foreign places. With culture at the forefront of everything REVOLT provides, the fast-growing multimedia platform continues to uplift Black voices worldwide with fresh content for today’s generation in mind. Committed to telling stories from across the Black diaspora, REVOLT is putting the Black experience on a global stage through its expanding footprint and storytelling alongside key content creators and tastemakers.

“Our focus at REVOLT is telling global stories through the lens of hip-hop and connecting Black culture across the diaspora,” said Detavio Samuels, chief executive officer of REVOLT.

“Teaming up with DJ EFN and Rock the Bells to bring this incredible slate of documentaries to life is another example of our commitment to partnering with top talent and leading voices to create content that changes the narrative of Black culture globally.”

Known for his unfiltered conversations with A-list guest stars on REVOLT’s hit series Drink Champs, hip-hop activist DJ EFN produced and directed the first Coming Home documentary in 2013 to highlight the hip-hop scene in Cuba. The film went on to be featured in top film festivals around the world before airing on REVOLT’s network. Additional installments featured Vietnam, Haiti and Peru. The latest entries in the film series focus on the music scenes in the South American country of Colombia and across South Africa.

“I started Coming Home to go back to my roots in Cuba almost 10 years ago, where I learned that regardless of how different our cultures are, we’ll always find ourselves in the people we meet through our common love of hip-hop culture,” said DJ EFN, DJ, host and record label executive.

“Our new body of work taking place in Colombia and South Africa were powerful exchanges of music that I’m excited to share with the REVOLT audience.”

“Rock The Bells was created to elevate hip-hop culture from its roots to modern-day” said James Cuthbert, president of Rock The Bells.

“Coming Home is a masterful look at the global impact of hip-hop and highlights DJ EFN and REVOLT’s dedication to lifting up the culture.”

Kicking off with Coming Home: Colombia, the film brings viewers into the hip-hop culture in Colombia as DJ EFN and his Crazy Hood Film Academy crew learn how music has provided a platform for citizens often struggling to be heard. Featuring appearances from local artists MC Killer, La Etnnia, Crack Family, Clika Underground and more, the documentary takes an inside look at musicians fusing hip-hop and Latin music. The newest installment in the series, Coming Home: South Africa, brings DJ EFN and friends Charles Ribeiro, Big Drain, Trek6 and Wrekonize to South Africa where they explore the hip-hop scene with the help of local musicians and acquaintances to reveal a vibrant culture inspired by social justice, patriotism and love of all things music.