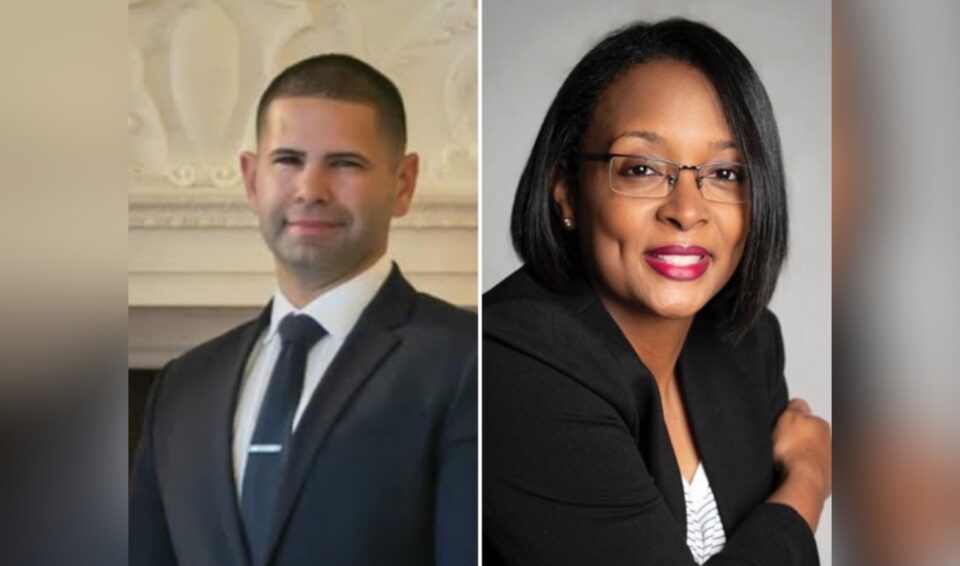 An off-duty Providence police offer and GOP Senate candidate has been charged with simple assault and disorderly conduct after allegedly punching his opponent, a Black woman, during an abortion rights rally outside the Rhode Island State House Friday night.

Jeann Lugo, 35, has been suspended with pay from his job at the Providence Police Department, after the alleged assault against Democratic nominee Jennifer Rourke, 40, reports the Associated Press.

“I’m a reproductive rights organizer & State Senate candidate,” Rourke wrote on Twitter with the video of the attack. “Last night, after speaking at our Roe rally, my Republican opponent — a police officer — violently attacked me. This is what it is to be a Black woman running for office. I won’t give up.”

This is what it is to be a Black woman running for office. I won't give up.pic.twitter.com/ZREDP2dvXY

In a statement released on Saturday, the police department did not name Lugo, but said, “The officer has served on the department for three years and was placed on administrative leave with pay this morning, pending a criminal investigation and administrative review.” The arrest forced Lugo to end his campaign for the state Senate seat in Warwick.

According to the Boston Globe, Lugo commented that he “stepped in to protect someone that a group of agitators was attacking,” although will not deny the punching claims.

Rourke contends that she was trying to escort a counterprotester away from the rally after they agreed to leave. At that same moment, another altercation occurred and she fell victim to multiple punches in the face. She confirmed to AP that she has pressed charges.

“I’m disappointed he chose to use violence in this way. As a police officer, he’s trained to deescalate,” she said. “He did not do what he was trained to do.”

Additionally, she mentioned that she had never interacted with Lugo nor did she know her opponent would be in attendance at the pro-aboriton rally.

Two others were arrested and charged that night following the violent turn of events.

Lugo is scheduled to be due in court for an arraignment on July 8.