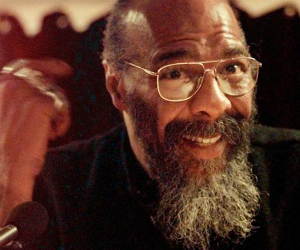 The man who opened, perhaps, the best music festival ever, Woodstock, has passed away this week.

Richie Havens, the 72-year-old singer, died Monday of a heart attack, according to his agent, Tim Drake. He was the oldest of nine children, where he grew up in the famedÂ  Bedford-Stuyvesant section of Brooklyn.

Although the folk-rock band Sweetwater, was the scheduled opening act for Woodstock, due to the band being stuck in traffic, Richie, scheduled to go on fifth, opened instead. As luck would have it, other acts were also late so instead of the four songs he was supposed to perform, he ended up doing 10 songs.

A performer at Bill Clinton’s first inauguration in 1993, he also recorded more than 20 albums and only stopped touring last year because of kidney surgery.

Read more about him and his career at NY Times