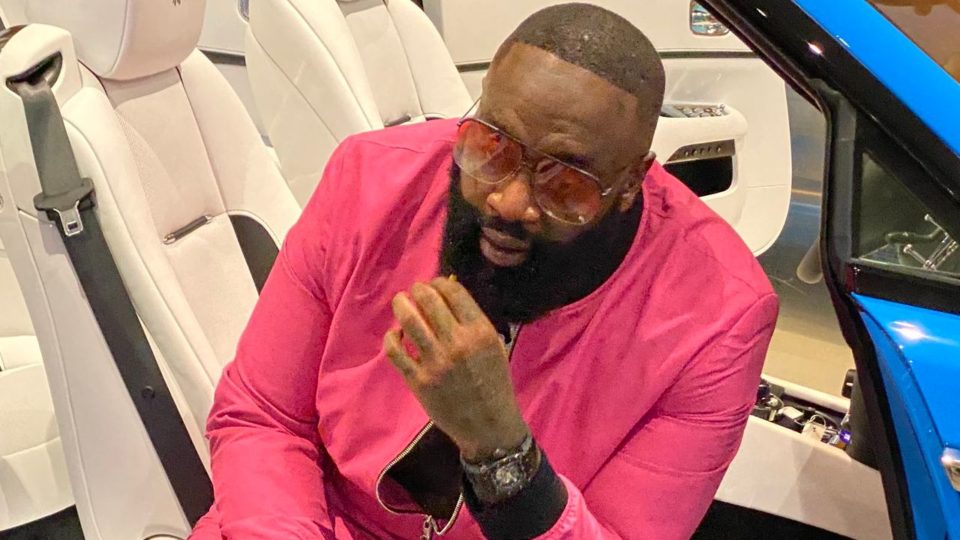 Rapper Rick Ross settled his child support case and is set to pay $11,000 in monthly child support payments, according to reports.

Briana Singleton, is the mother of three of Ross’ children has been in a legal dispute with rapper for nearly a year, according to TMZ.

Ross, whose real name is William Leonard Roberts, recently agreed to pay the amount or his kids, Berkeley, Billion, and Bliss. In addition to the monthly child support payments, Ross will also be required to cover the children’s health insurance, all additional extracurricular expenses exceeding $7,560, and annual payments of up to $3,000 per child. Ross has also agreed to pay Singleton’s legal fees.

According to court documents, the rapper brings in an estimated $585,000 on a monthly basis, while Singleton only makes $142 a month.

The settlement with Singleton comes after it was revealed Ross purchased a Wingstop restaurant for his 16-year-old son.

“Everyone wish my son @mmgbigbank HAPPY 16th BIRTHDAY,” the mogul wrote on Instagram. “Today he became the owner of his 1st @wingstop franchise. Your now officially a BOSS !!! Keep Going.”

Ross owns over a dozen Wingstop locations but recently said in an Forbes interview he stays on a tight budget.

“When I bought the Fayetteville estate, locals would see me walk out of a restaurant and scream, ‘You know Holyfield spent $1 million a year to cut the grass.’ So I decided that I was gonna cut my own grass. And that’s what I did,” Ross said in the interview. “I went down to John Deere and asked to see the biggest tractor, the most efficient tractor. I told them I had 200-plus acres that I wanted to keep cut, and they pointed out the right tractor…I may have sat in the same spot for two hours before I got everything working, but once I got it going, I didn’t stop. I cut grass for about five hours.”

Ross also has two children from a previous relationship.

Ross has also been busy promoting his latest book, The Perfect Day to Boss Up: A Hustler’s Guide to Building Your Empire (HarperCollins, $27.99). The book, which dropped on Sept. 7, is the follow-up to his previous book, Hurricanes: A Memoir, which hit shelves in November 2020.