Rihanna Luanches Her Own Own Beauty Line 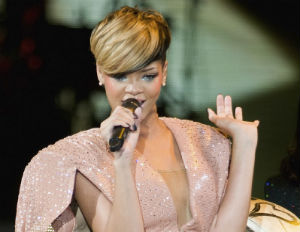 RiRi has been making unforgettable beauty moments for years. The self-proclaimed bad gal has now partnered with French conglomerate LVMH. The Fenty Beauty makeup line by the 28-year-old multiple Grammy Award winner is not expected to hit stores until fall 2017.

This doesn’t mark the first time the Bajan aligned herself with the LVMH brand. Last year she acted as the face of Dior,Â becoming the first black woman to do so for the historic French brand. Nor is this her first foray into cosmetics. In February 2013, she inked a deal with MAC cosmetics, launching RiRi Woo in May of the same year, a $17 lipstick hue that sold out in just three hours.Â

What’s more, Rihanna has launched seven fragrances, with the most recent one, RiRi by Rihanna, making a major impact on the market. A personal appearance in Brooklyn, New York, to promote the fragrance, launched at an in-store event in August 2015, reportedly helped generate more than $46,000 in sales that day alone. She’s been on top-selling celebrity fragrance lists for more than five years, coming in No. 4 on a recent list compiled by Euromonitor, a leading research and market analysis company, with $31 million in retail sales

It makes sense that Rihanna continues to be a widely sought after pop star. After all, her music continues to be a moneymaker and record breaker. As her video for “Workâ€ featuring Drake continues to be the talk of the Internet, Rihanna is making history behind the scenes as the song reached No. 1 on Billboard’s Hot 100 chart. It’s her 14th song to climb to the top, helping her to surpass pop icon’s Michael Jackson’s number of chart-topping Billboard hits. This year, the Barbados singer also became the first and only artist in RIAA Gold & Platinum history to be certified with 100 million song awards.

While a nonstop string of hit singles and albums have made Rihanna into a music superstar, it’s been her “real lifeâ€ activities that turned her into a pop culture phenomenon. Rightly so, Rihanna also is front and center in an unfiltered documentary about her life. A release date has yet to be set. Reportedly, ex-boyfriend and R&B star Chris Brown has a documentary where he opens up about his assault on Rihanna.

Related Story: Unfiltered Documentary About Rihanna In The Works