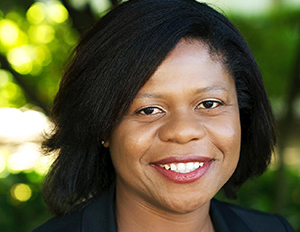 Things were not easy for Merline SaintilÂ and her four younger siblings, when her family immigrated from Haiti to the United States. In addition to dealing with the often unwelcoming arms of her new country, Saintil had to work hard to create the psychological, emotional, and financial foundation she needed to thrive.

Yet, thrive she did. Saintil, who Business InsiderÂ has recognized as number six on its list, “22 Most Powerful Women Engineers in the World,â€ is currently one of a very few number of female executives in the technology world, as Head of Operations for the executive vice president and chief technology officer at Intuit. She also serves on Intuit’s Executive Diversity Council.Â Â

Saintil was previously Head of Global Engineering Operations for mobile and emerging products at Yahoo, and has also managed global teams at Sun Microsystems, Adobe, PayPal, and Joyent, Inc.

BE.com caught up with Saintil, and she shared personal insight for our series, ThreeÂ Most Important Lessons You’ve Learned About Money:

BE.com: What are the three most important lessons you’ve learned about money?

BE.com: Â How did you learn these lessons?

Saintil:Â Growing up with limited resources wasn’t easy, but it didn’t define me. My mother was a role model who showed me the value of hard work and resiliency. She emphasized that greatness can come from periods of suffering. These lessons have kept me focused and consistent.

BE.com: If you had one lesson you could convey to people about money, what would it be?

Saintil:Â Know where your money is going.Â Long before I joined Intuit, I was an avid Quicken user.Â As weÂ haveÂ movedÂ to an SaaS-based business, Mint isÂ nowÂ myÂ daily habit.Â I believe in leading an intentional life.Â Understanding my full financial picture enables me to make the most informedÂ decisions.