Bob Johnson, founder and chairman of The RLJ Companies, expects his latest partnership to help create “a vibrant middle classâ€ in Haiti.

Johnson announced Wednesday that Royal Caribbean Cruises Ltd. (RCL) and Haiti-based WIN Group have joined with an RLJ-led partnership to build two structured insulated panel (SIP) manufacturing facilities that will provide construction materials for building housing and infrastructure in Haiti. At the request of the government agency that will approve the project, Johnson declined to disclose how much funding the project would need to be completed.

The deal would provide three things to earthquake-devastated Haiti, says Johnson: Technology would now be located in the country, Haitians would be trained to operate the facility, and most importantly, the plants would stimulate job creation spin-offs, which would significantly boost the economy in the long term. And ultimately, it would “create a growing and vibrant middle class.â€

Johnson said each of the factories would hire about 500 people to build the factories; then there will be ongoing operators of about 100 each to maintain the factories. “Thousands more people would be hired as we get more contracts to build more buildings,â€ he said Thursday.

The facilities would be developed through Johnson’s Caribbean Opportunity Holdings, a company jointly owned by RLJ and Global Building Solutions (GBS), a South Carolina-based international SIP manufacturer and design/build organization. In April, RLJ had announced that it would be teaming up with GBS to develop the quick and cost-effective mass housing in Haiti following the country’s January earthquake.

Haiti was devastated by a magnitude 7.0 earthquake in January that killed an estimated 230,000 people and left 1.3 million survivors homeless and living in tent camps.

Johnson is the chairman of RLJ Equity Partners L.L.C. (No. 10 on the BE Private Equities list with $230.0 million assets under management), launched RLJ Development L.L.C. (No. 8 on the BE Industrial/Service list with $528.7 million in revenue), and is the creator of Black Entertainment Television.

Johnson’s group must submit its formal proposal to the government by July 22, and should learn soon afterward if the proposal is approved for funding by the Interim Haiti Reconstruction Commission as a priority project. If approved, it should take about six to seven months to build each of the two plants, Johnson said. “But we can start some construction projects now that’ve already been funded,â€ he said, explaining that Prime Minister Jean-Max Bellerive has asked the alliance to start on some projects now.

SIP technology is stronger than traditionally built homes and is more resistant to earthquakes, wind, and other natural elements. In a climate such as Haiti’s, it offers added strength and durability at a competitive value. The product is also green technology, which creates structures that are energy-efficient and comfortable.

Royal Caribbean Cruises, the largest global cruise brand, is the second largest investor in Haiti with cruise lines that port in Labadee. The company had faced criticism for its decision to continue with its scheduled port of call at the resort port three days after the earthquake. The 3,654-passenger Independence of the Seas delivered much-needed relief supplies in addition to thousands of tourists. WIN Group is one of the Caribbean’s largest conglomerates, with stakes in diverse industries such as warehousing, storage, and port operations.

“While the situation in Haiti is extremely challenging, our team was very encouraged by President Preval’s leadership, his commitment to political stability, openness towards the international business community, and desire for further investment,â€ said Johnson in a press release.

Tips for Your First Job Out of School 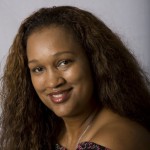