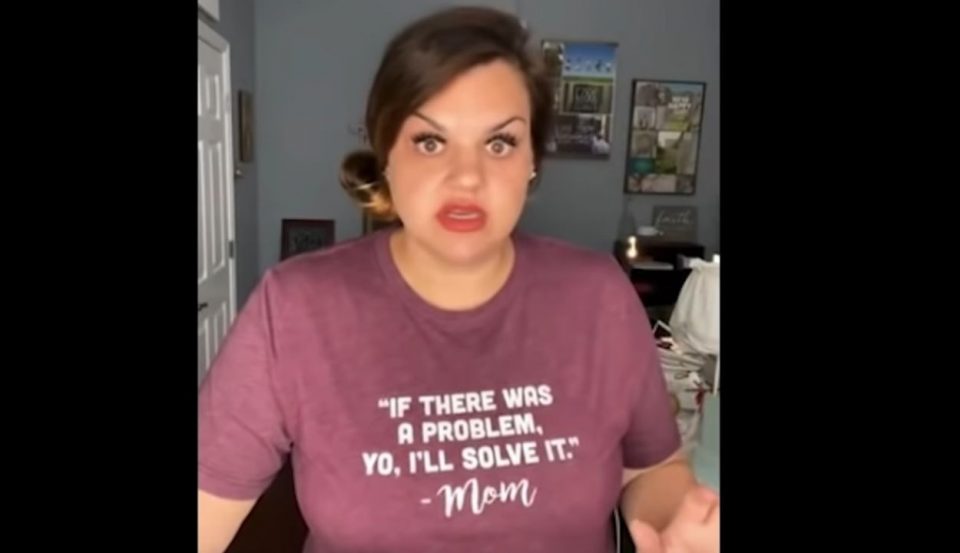 Republicans invited a number of controversial speakers at this year’s Republican National Convention. One such speaker is pro-life advocate Abby Johnson, who spoke on Tuesday at the virtual event.

In a YouTube video discovered by Vice, Johnson made controversial statements regarding her biracial son, who she describes as a “perpetually tan-looking little brown boy.” She also said that it would be “smart” for a police officer to racially profile him, stating that “statistically, my brown son is more likely to commit a violent offense over my white sons.”

“I recognize that I’m gonna have to have a different conversation with Jude than I do with my brown-haired little Irish, very, very pale-skinned, white sons, as they grow up,” Johnson said in a 15-plus-minutes video posted in late June.

The mother of eight goes on to say that her biracial son will eventually grow into an “intimidating-looking brown man” in comparison to her white kids, who will “look like nerdy white guys.”

“Right now, Jude is an adorable, perpetually tan-looking little brown boy. But one day, he’s going to grow up and he’s going to be a tall, probably sort of large, intimidating-looking-maybe brown man. And my other boys are probably gonna look like nerdy white guys,” she said.”

“Statistically, I look at our prison population and I see that there is a disproportionately high number of African-American males in our prison population for crimes, particularly for violent crimes. So statistically, when a police officer sees a brown man like my Jude walking down the road — as opposed to my white nerdy kids, my white nerdy men walking down the road — because of the statistics that he knows in his head, that these police officers know in their head, they’re going to know that statistically my brown son is more likely to commit a violent offense over my white sons.”

She added, “So the fact that in his head, he would be more careful around my brown son than my white son, that doesn’t actually make me angry. That makes that police officer smart, because of statistics.”

Johnson, who has a colorful history within anti-abortion circles, is a former Planned Parenthood employee who says she quit working at a Texas clinic more than 10 years ago after witnessing the abortion of a woman who was 13 weeks pregnant. Vice reports that details of Johnson’s story have been questioned.

On Tuesday, Johnson championed President Trump as “the most pro-life president we have ever had.”

“This election is a choice between two radical anti-life activists and the most pro-life president we have ever had. That is something that should compel you to action, go door-to-door, make calls, talk to your neighbors and friends, and vote on November 3.”

You can view Johnson’s remarks about her biracial son below.