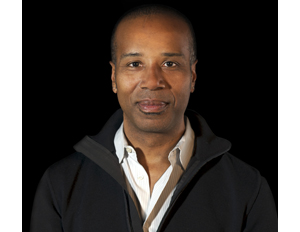 Ty Ahmad-Taylor is a veteran and leader in entertainment. No, he’s not a musician, dancer, or comedian. He is an expert in multimedia technology and one who keeps raising the bar on the innovative ways in which we are entertained.

Ahmad-Taylor is the CEO of http://www.THX.com/. The company was founded by Star Wars creator George Lucas in 1983. It developed the “THXâ€ high-fidelity standard for movies, speakers, video games and more. THX sound was featured in The Return of the Jedi movie.

A Trailblazer in Entertainment Technology

Appointed as CEO in 2015, Ahmad-Taylor is described as a “trailblazerâ€ in the multimedia industry.

According to Bloomberg, he has 25 years’ experience in information design and most of those years spent in working with interactive television programs. He previously served as vice president of Smart TV Services at Samsung.

At Samsung, Ahmad-Taylor was the driving force behind the groups responsible for making interactive TV application and Over-the-Top content. Other roles he’s held include senior director at Comcast; creative director at Excite@Home; and product lead manager at MTV.com, as well as several properties under MTV’s umbrella including VH1 and CMT.

He’s also launched his own startups. In 2008, Ahmad-Taylor founded FanFeedr, a service which provided news, video, statistics and other data for sports fan. He sold the company to Samsung Electronics in October of 2012.

In addition, he holds several patents. He is listed as the inventor for designing a system for providing on-demand viewing for Comcast, another patent is for a set-top box.

Under his helm, THX recently announced THX Live! From the press release on the announcement, this technology, is “a live-entertainment certification program in which THX engineers review the audio system configuration of top performers and look for opportunities for acoustic optimization.”

Ahmad-Taylor is widely-regarded as an industry thought-leader whose career and personal interests uniquely meet at the intersection of art and technology. He will lend his insight and experience in a one-on-one session at Black Enterprise’s TechConneXT tech summit.