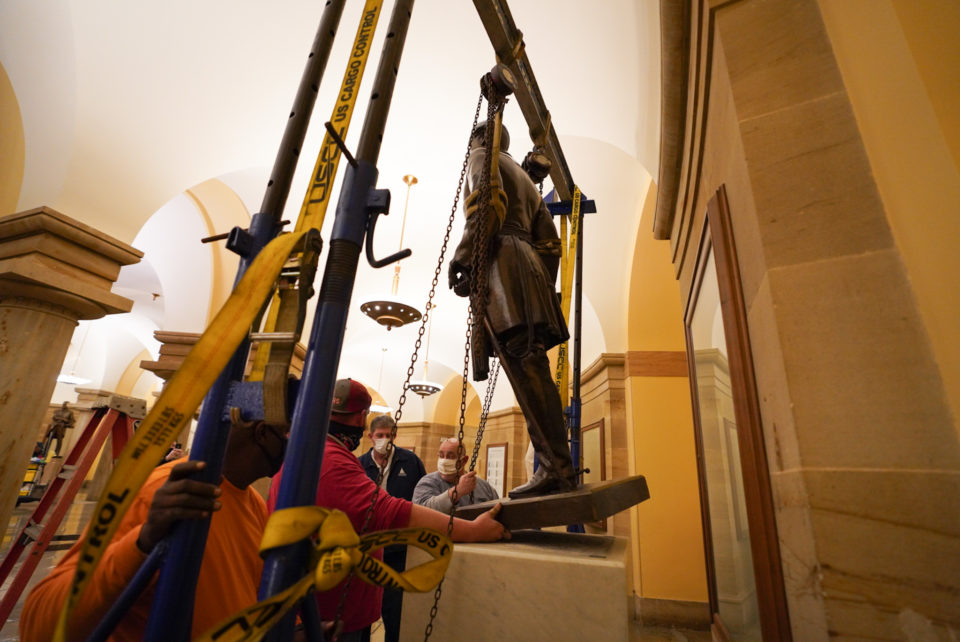 Virginia Gov. Ralph Northam announced Monday that the statue of Confederate General Robert E. Lee has been removed from the U.S Capitol.

The statue has been sitting in the Capitol Building for 111 years, but Northam called the statue a symbol of the state’s white supremacist history and it’s time we move to a story of diversity and inclusion.

“We should all be proud of this important step forward for our Commonwealth and our country,” Northam said in a statement. “The Confederacy is a symbol of Virginia’s racist and divisive history, and it is past time we tell our story with images of perseverance, diversity, and inclusion.”

A commission created by Gov. Northam voted unanimously to remove the statue from the National Statuary Hall Collection in the Capitol. Each state has two statues in the hall. According to CBS News, Virginia’s other statue was George Washington. Both statues were installed in 1909.

A statue of the late Barbra Rose Johns will replace Lee’s, according to CNN. Johns is known for organizing a walkout at her high school “protesting the overcrowded and inferior conditions of her all-Black school compared to those of White students” at a nearby high school.

According to Northam’s statement, “Historians consider Johns’ protest a pivotal moment that launched the desegregation movement in America.”

The removal of the statue comes six months after Speaker of the House Nancy Pelosi called for it’s removal.

There is no room for celebrating the bigotry of the Confederacy in the Capitol or any place of honor in our country,” Pelosi said in a statement.

Other Confederate statues have also been removed in recent months. A statue of Stonewall Jackson was removed from the Virginia Military Institute. A statue of Jefferson Davis was also pulled down in the state by protesters during the summer. The city of Norfolk also removed a statue of Johnny Reb earlier this summer.