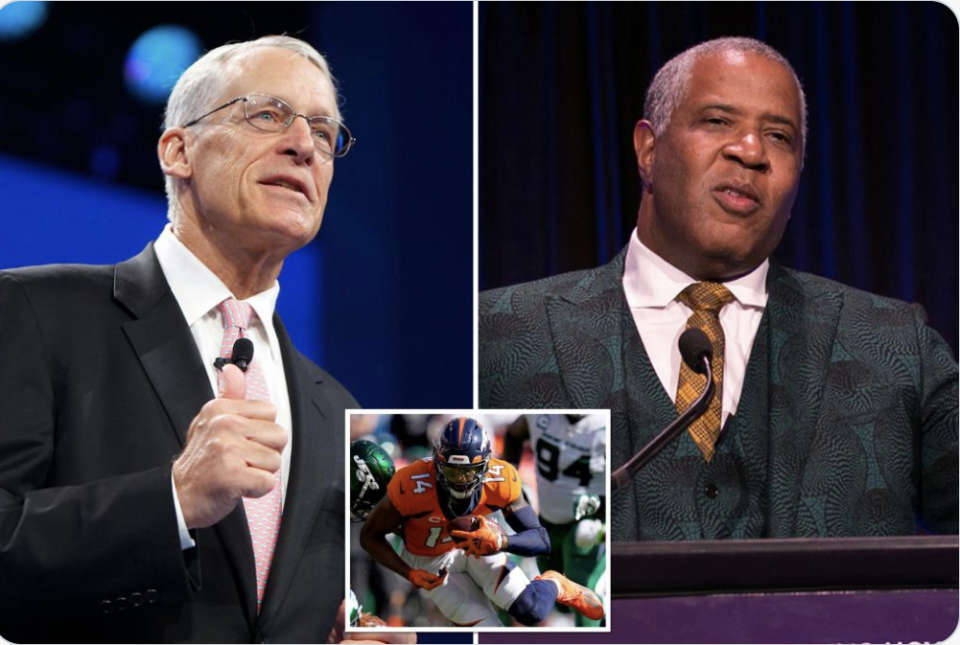 Walton, 77, who is worth $70 billion, plans to propose a bid valued at more than $4 billion to buy Broncos, corroborated sources, according to the New York Post.

Walton, the former chairperson of Walmart Inc. and the oldest of Sam Walton, the founder of the Walmart chain stores, is ranked as the 17th wealthiest individual globally, with a net worth of $69.1 billion, the Bloomberg Billionaires Index reports.

NFL Commissioner Roger Goodell and Robert Kraft, owner of the New England Patriots, have earnestly been courting Smith, 59, owner of Vista Equity Partners, a private-equity firm, to become the first African-American to own an NFL team, the New York Post reports.

Goodell is on a mission to restore the NFL’s tarnished image by reevaluating the league’s diversity, equity, and inclusion practices when retaining minority head coaches and reviewing the Rooney Rule, according to the NFL’s official website.

“What we’re going to do is step back and look at everything we’re doing today, reevaluate that, everything from looking at the Rooney Rule and what changes should be made with that, or should it be removed, as some people have suggested,” Goodell said at a news conference outside SoFi Stadium before Super Bowl LVI.

“All of those things are part of that. We’re going to talk to other people, have independent people come in and look and help us evaluate, because it’s sometimes hard to evaluate your own policies and procedures and make sure that we’re doing everything we possibly can to create that opportunity for everybody, and make sure we are an inclusive league and make sure we get the outcomes we want, and that our policies truly are effective with outcomes,” reads his statement on the league’s site.

Brian Flores, ex-Miami Dolphins Coach, filed a class-action lawsuit against the NFL in February for racist hiring practices and “sham interviews, incentivizing losses and pressure to improperly recruit players,” according to ESPN.

Suppose Smith still decides to go forward with his bid. In that case, he will be tasked with raising a $20 billion acquisition, and even with his net worth of $6.7 billion, the league requires owners to pay $1 billion in debt and 33 percent of equity on a team to the New York Post reports.