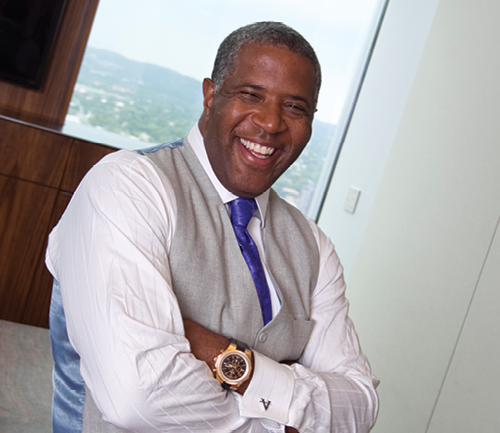 Smith founded Vista in 2000 after leaving Goldman Sachs in 1999. Under his watch, Vista established a remarkable track record by regularly returning investors 30% or more on an annualized basis. As a result, he has outperformed his white peers on their turf. Since Vista was founded, Smith has been in charge of more than 290 completed transactions by the firm totaling more than $91 billion in transaction value. The largest BE 100s private equity firm continued to expand its holdings by acquiring Lithium Technologies. This deal allowed Vista to pick up a cloud-based social media man-agement and online community solutions company and enables the company to build its roster of more than 50 companies, including Cvent and Solera Holdings. Known for eliminating the $34 million debt of Morehouse’s 2019 graduating class, he has worked with major corporations to supply internships and jobs within the tech and financial fields.