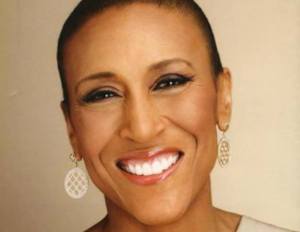 According to Newsday, Good Morning America’s Robin Roberts has started her own production company. Rock’n Robin Productions will create original broadcast and digital programming for ABC and other networks, ranging from informational shows and documentaries, to lifestyle reality series and live special events.

“I’m thinking about my mom and dad,â€ Roberts said on “GMAâ€ Wednesday. “They (always) wanted me to do this – to be on the creative end of things. I’ve been in broadcasting for over 30 years, so I’m very, very excited about it.â€

The GMA host has previously stated that there will be a reality pilot with her fashion stylist, Diandre and they produced a recent edition of the espnW.com show “In the Game” where Roberts speaks with Michael Sam, the first openly gay player to be drafted by an NFL team.