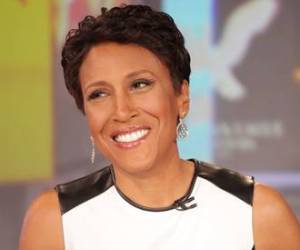 At the close of every year, Glamour magazine releases its “Women of the Year” issue. Of the nine lucky winners in their December ’14 edition,Â four are women of color: Lupita Nyong’o, Laverne Cox, Mindy Kaling and Robin Roberts. In a time where restrictedÂ beauty standardsÂ have improved butÂ could still use muchÂ progress, theÂ list, created by one of editorial’s biggest beauty glossies, is a welcomed refresher! Not onlyÂ does nearly half of the list highlight women of varying ethnic backgrounds, but the cover girl is none other than 12 Years a Slave breakout star, Lupita Nyong’o.

Inside,Â Robin RobertsÂ is referenced as “The Survivor”Â and the title is only fitting. It hurt us all when The Good Morning America personality endured a six-month battle with myelodysplastic syndrome (MDS). The nation was relieved when its beloved hostess came out on top, thanks to her sister, Sally-Ann Roberts, who was Robin’s bone marrow donor.

Roberts’ story not only touched the millions of adults who tune into GMA at theÂ startÂ of eachÂ workday, but young lives as well. Glamour givesÂ the in on a heartfelt moment that transpired one July day between the anchor and a special fan: AÂ little redhead boy by the name of Sam told the anchor, “Hey, Robin, I beat cancer too!”Â With wide eyes sheÂ responded, “You did?” “Yes!” he confirmed, to which she cheered, “We did it. We beat it!”

Aside from her inspiring story of survival, it’s those little moments of humanity that make Roberts Woman of the Year-worthy. Though she maintains a low profile—particularly surrounding her love life with longtime partner, Amber Laign—she still exudes a sincerity and visibility that resonates with her millions of loyal fans. The media maven, who started in sports broadcasting and became the first African American anchorwoman on ESPN, has a new production company called Rock’n Robin and an ABC contract reportedly worth $14 million, according to Glamour. She told the beauty publication that she lives by the wisdom of her mother: “Make your mess your message.”

Learn more about Rock’n Robin here, and congratulations to Roberts and all other Women of the Year recipients!