Can a Robot Help You Shed Pounds? 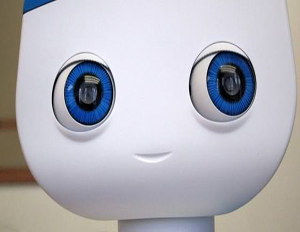 Massachusetts Institute of Technology graduate Cory Kidd cut the fat on the original plan for his weight loss robot Autom. The founder and CEO of Intuitive Automata, Inc. relaunched the adorable gadget a year later, swapping the expensive price tag for the budget-friendly price of $199 and improving the software.

Dozens of weight loss programs such as Weight Watchers, fad diets and smartphone apps pledge to help you lose pounds, but this interactive robot is vying for your attention. The robot, which can be updated with a monthly subscription, provides its users with daily feedback and, in its female persona, can hold a conversation with you about your weight loss progress. The technology behind the gadget might not wow an avid gamer but the facial recognition feature and touchscreen pad are enough to keep users coming back to the robot daily. And for an added perk, Autom can wink at you. Kidd is hoping users will develop a relationship with the robot.

A lot of dieters have tried phone or Web-based apps to shed the excess weight, but there’s a “‘psychological difference’ in using a machine with a head, blinking eyes, and body,â€ Kidd told CNET.

When conducting a small study of 45 participants in the Boston area, Kidd “found that participants using the robot stuck to the weight loss program twice as long as those who used an identical program on a laptop — and that most felt that the robot was more credible than an animated character on the screen,â€ reports Gizmag.

Perhaps there is something special about Autom. Although the sample group in Kidd’s study was small, the developer has been improving the robot since 2008 and with a lower retail price and an alternate version marketed to developers who want to add features like speech recognition, the robot could make a mark on the weight loss industry.

Autom will start shipping out in 2013.