Can Robot Workers Save Small Factories? 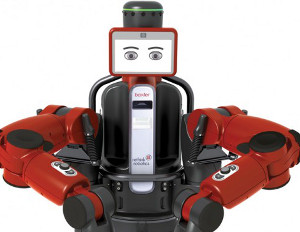 Vanguard Plastics, a small injection-molding operation in Southington, Conn., is investing $22,000 into a humanoid robot named Baxter, in an attempt to reduce using cheap offshore labor.

Chris Budnick is head of Vanguard Plastics and hopes this robot will give his company the edge it needs to stay competitive. Wages are his second-biggest expense (after raw materials), and sales have been slow for the year. For Vanguard to stay in business, says Budnick, there is one solution: produce more while working less.

Baxter was created by Rodney Brooks, an Australian artificial-intelligence expert who left MIT to build robots that can easily beÂ programmed to do simple jobs. Rethink Robotics, says the robot will spark a “renaissanceâ€ in American manufacturing by helping small companies compete against low-wage offshore labor.