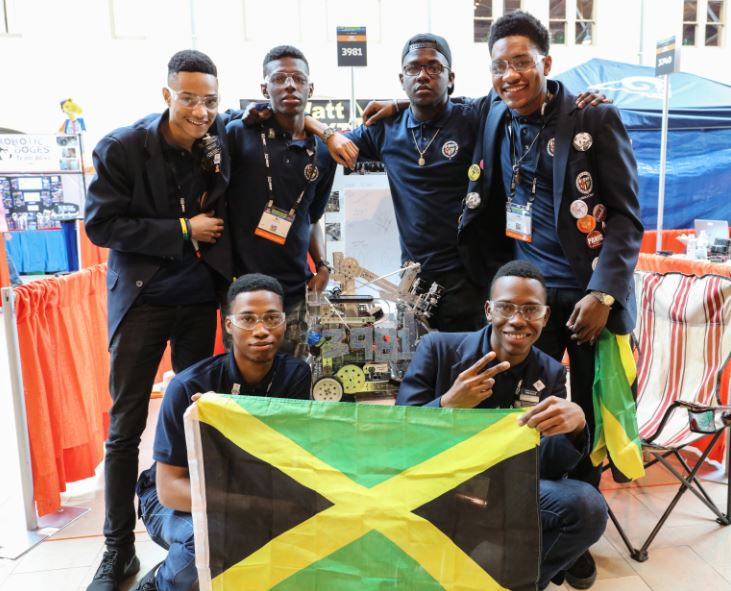 The first time I heard about FIRST (For Inspiration and Recognition of Science and Technology), I was a homeschooling mother. My son had come home telling me about another homeschooling family that was putting together a FIRST robotics team for K-12. I knew if robotics were involved that my son would love it.

Years later, I would write about FIRST for Black Enterprise. I interviewed a young man who competed on a team and planned to study engineering in college. His passion for FIRST was palpable.

Around the time that I wrote that piece, FIRST had begun developing equity, diversity, and inclusion as a core organizational strategy. I recently spoke with Don Bossi, president of FIRST, about the organization’s power to ignite and sustain in kids a passion for STEM, and its aim of providing greater access to African American, low income, and other underrepresented groups, such as First Nations.

As a result, the organization is dismantling barriers.

FIRST is a global phenomenon. It comprises four programs based on grade or age level. Sign your kids up now if you’re lucky enough to live near a school or community organization that has a team:

Bossi says that robotics engages kids in a way that other things don’t. “We use robotics as a platform to reach, inspire, and engage kids. Seeing their coding turn into something that moves is a real emotional moment for kids. It brings their coding to life.”

Once they see that, they want to learn whatever is necessary in order to do that—”the learning comes more naturally,” Bossi says.

Being part of FIRST is eye-opening, to say the least. For example, in the FIRST Tech Challenge, students use Android smartphones and tablets to drive and control robots.

“The smartphone is the brain for the robot, and it’s also speaking to another smartphone in the driver’s station,” Bossi says. “It shows kids that the technology in their pocket has a lot more capacity than just sending little text messages.”

But getting that message out to underserved youngsters has been challenging, putting them at a further loss. Bossi says most industries need people who are comfortable reinventing themselves every couple of years, and that technology is evolving so quickly, lifelong learning is now the norm.

“Our broader goal is to create this whole generation of kids that can be lifelong learners, that have the self-confidence to do anything they set their mind to.”

Because of FIRST‘s uniquely engaging platform, Bossi says the organization has an “amazing opportunity” to open up access to underrepresented youngsters, although he admits that even in FIRST, only about 5% of its participants are African American.

Black Americans make up about 13% of the U.S. population. Bossi says, “It’s not lack of interest or lack of ability. It’s lack of access.”

One way that FIRST is addressing this challenge is through STEM Equity Community Innovation Grants, which it’s made available with the help of corporate sponsors. Grants range from $5,000 to $50,000 so underserved schools or organizations can develop FIRST programs in their own communities.

“If we reach a kid from the suburbs,” Bossi told me, “we take a good life and make it better. But if we reach an underserved kid, it massively expands their opportunities.”

FIRST is also partnering with the National Society of Black Engineers, or NSBE, and 100 Black Men of Atlanta, to drive change.

Zwena Gray, an African American sophomore and co-captain of the Midnight Mercy team, participates in FIRST through a community organization in Detroit.

Gray, who is 16 and participated in FIRST in elementary school, says her team is “awesome.” As a high schooler, she had written FIRST to locate a team in her area, eventually writing to 20 local teams. Her team, Midnight Merc, is the only one that responded.

“It’s an all-girls team. We encourage and support one another,” she says. The team meets six days a week. One Saturday they met from 9 a.m. to midnight.

I asked Gray how being involved in FIRST has affected how she thinks about her future. She said she’s considering “engineering, or any field where I can be creative. It makes me want to be in spaces where I can share my ideas and be innovative.”

Then she offered this advice: “Join a robotics team—the people change your mindset about everything—even if you think you’re not interested in engineering.”