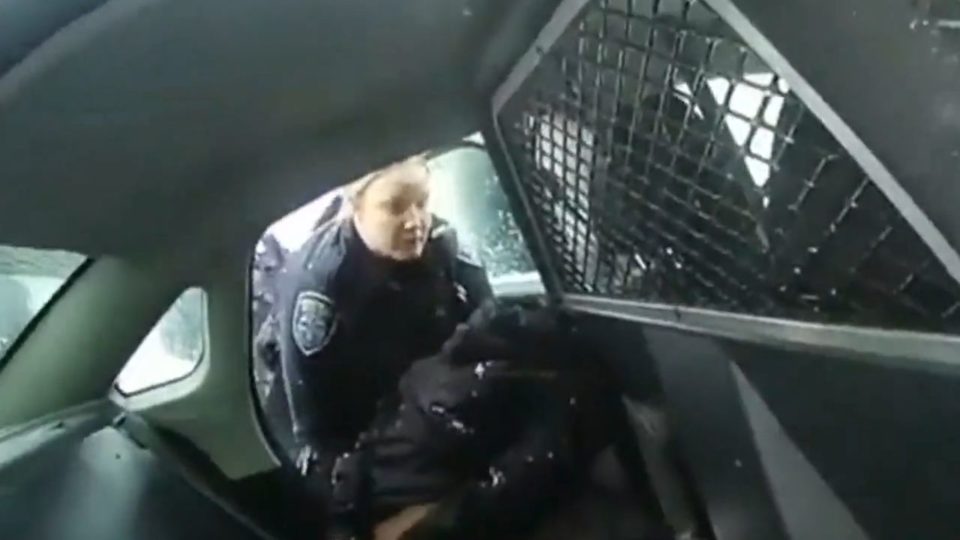 Officials released bodycam footage of police officers using pepper spray on a young Black girl who had already been handcuffed and detained while being placed into a police vehicle. After a review of that footage, the Rochester, New York, mayor suspended one of the police officers involved in the incident, while the other two were placed on administrative leave.

According to NBC News, a spokesman for Mayor Lovely Warren had stated that the Rochester Police Department immediately removed the three police officers who were involved in the incident from patrol duties. The decision to take action was done after Warren met with Police Chief Cynthia Herriott-Sullivan.

Earlier this week at a news conference on Sunday, Warren spoke to reporters and stated that the incident that occurred on Jan. 29 was “not something that any of us should want to justify.”

The police officers were called on Friday after getting a report that the young girl was threatening to harm herself and her mother, according to Deputy Chief Andre Anderson. When police officers tried to take the young girl into the police car to take her to a hospital, they say she resisted and kicked one of the officers, Anderson had stated.

As the footage below will show you, the police officers are seen handcuffing the girl while she repeatedly screams for her father and doesn’t want to get inside the vehicle.

“What happened in Rochester on Friday is deeply disturbing and wholly unacceptable,” Attorney General Letitia James said in a written statement. “Such use of force and pepper spray should never be deployed against a child, period. My office is looking into what transpired and how a child was ever subjected to such danger.”

CBS News has reported, “What happened Friday was simply horrible, and has rightly outraged, all of our community,” Warren said in a statement. “Unfortunately, state law and union contract prevents me from taking more immediate and serious action.”