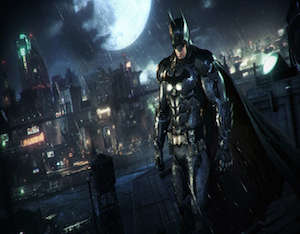 Many gamers were disappointed when Rocksteady Studios’ Batman: Arkham Knight was pushed back to 2015. Luckily, word has finally came down as to when the last hoorah for the Dark Knight will hit stores.

The open-world action title has grown in scope and size over the past few years. Originally slated to be available this fall, we’re now expecting Bruce and his fancy toys to arrive on shelves on June 2, 2015 for the PlayStation 4, Xbox One, and Windows PC.

The new date was announced today by Warner Bros. Interactive Entertainment along with some intriguing tidbits about the two different special editions that will be released alongside the standalone game. The Limited Edition will be available only on PC, only in Europe, Australia, and New Zealand. Meanwhile, the Special Edition will be available for current-gen consoles in North America, Europe, Australia and New Zealand.

The Limited Edition of Batman: Arkham Knight, which you can see above, will grace gamers with a Steelbook case; an 80-page art book; an issue of DC Comics’ Batman: Arkham Knight comic book; three exclusive ‘New 52’ character skins; and a one-of-a-kind Batman statue. The price points vary depending on where you’re at.

For those who don’t want to shell out a mint on the Limited Edition, Warner Bros. will also release a ‘Batmobile Edition’ of the game. It will be available only for the PlayStation 4 and Xbox One. It will include everything that you would get with the Limited Edition, except for the fact that the Batman statue is instead swapped out for a transforming Batmobile statue produced by Triforce. It will cost $199.99 if you reside in North America.

Keep in mind that there will be limited quantities for both editions. Rocksteady Studios, the company behind Batman: Arkham Asylum and Batman: Arkham City, is developing the third and final installment of the game which look impeccably beautiful, if we must say so.

You can see some gameplay footage for yourself below: