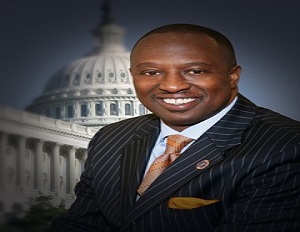 In an effort to get the conversation going about the challenges faced within America’s education system, Black Enterprise has partnered with the Bill and Melinda Gates Foundation to host a panel discussion on Thursday, May 15, 2014 at the Black Enterprise Entrepreneurs Conference in Columbus, Ohio.

Discussing how entrepreneurs can educate our children and profit from it, Black Enterprise has identified a group of leading entrepreneurs to sit on the panel and talk about how businesses and the education community can work together to help close the achievement gap among African American students, what can be done to get more kids interested in STEM and how we can promote the efforts of those seeking post-secondary education pursuits.

BlackEnterprise.com: Talk a little about your work at U.S. Black Chambers and the role you all play in the education market?

We have 115 chambers. We’re in 26 states around the country and we have a membership base of more than 240,000 African American-owned businesses. In reference to youth, I’m a graduate of two HBCU’s. I went to undergrad at Florida A&M and I went to graduate school at Clark Atlanta University. The reason why I say that is because a lot of the things that I’m going to talk about [at the conference] really relates to online education because I feel like that’s very important. University of Phoenix graduated more African Americans last year than all of the HBCUs combined. So when I’m talking about education, I’m going to talk about how we are providing education, who’s receiving the education and what’s the value proposition for schools that are providing entrepreneurship for folks that want to be entrepreneurs.

Second thing I’m going to talk about is the lack thereof of second generation entrepreneurs. My father had a business that I was able to take over. I grew it from five employees to 700 employees. But the thing that I think was important was a combination of sitting down with my dad on Saturdays doing payroll, understanding the importance of making tax payments and understanding cash flow analysis. I don’t think enough of our young people have that hands-on experience from an entrepreneurial perspective. I also say it all the time that 90 percent of businesses fail the first year. What I don’t want to see is more young African Americans going into business and messing up their parent’s credit, messing up their own ability to be successful when the odds are against them early on. What I would prefer seeing are the same young people that have a great amount of resources and skills and technology, going to volunteer for another small business owner for maybe six months to a year to get that personal experience. To understand what true entrepreneurship is all about. What it’s going to take to be successful and sustainable. And then perhaps they earn themselves a job at that small business, or they can double that small businesses revenue with the skills they bring, or maybe they can even buy that small business out. We need to have a dual track going when creating more businesses. There is only 1.9 million African American businesses, but of the 1.9, 1.8 million have no employees. So we only really have 106,000 African American businesses that have employees. We have to increase that number and we have to do it with more young people going to work for small businesses in order for there to be production.

What do you say to the entrepreneurs who don’t make it a top priority to get involved in the education market?

I think we’re fooling ourselves because for one, we all need additional skills. The fastest growing segment of entrepreneurs in the past five years has been women. But if you’re asking what they’re doing, most of them are being consultants. So they’re taking the skills they had when they were working in corporate America and now they’re taking that on as an individual employer. And so I’m telling them, you have the skills that corporate America taught you but those are very limited and you need to get yourself the proper education to be successful in all aspects of the business. In order to be successful as an entrepreneur you’ve got to be part preacher, part teacher, part mentor, part coach, part politician, part editor. You have to have a lot of skills and the only way you’re going to have those is if you continue to surround yourself with the education platforms that are available.

What role do you think businesses play in drawing youth to STEM?

I believe that not only will the jobs of the future be in STEM, but I think the businesses of the future will be in STEM. So in order for us to be successful entrepreneurs in our community, we have to be in that era. There are 1.9 million unemployed African Americans today. There’s 1.9 million African American owned businesses. The simple math says that if each one of those small businesses can hire one additional person we can eliminate unemployment. But many of those skills have to be related to STEM because even if you’re in a regular service business, you’re going to have to have those skills in order to take you to the next level.

To learn more about Ron Busby and his thoughts on the education system, follow @blackenterprise as we live tweet from the Black Enterprise-Gates Symposium on May 15Â and join the conversation using the hashtag #BeSmart.