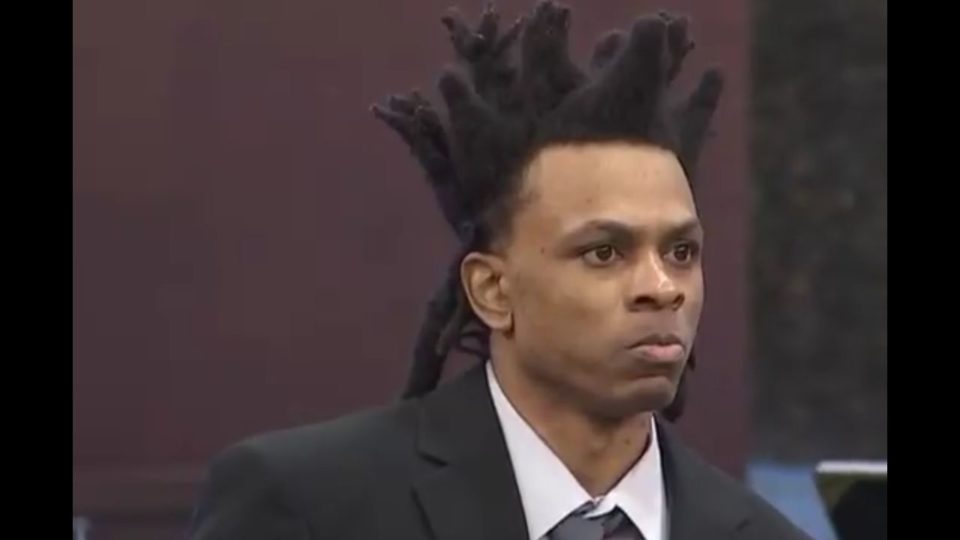 A man who was charged with brutally killing his girlfriend and disabled daughter and decided to represent himself in the trial was found guilty of the murders.

According to The Tampa Bay Times, Ronnie Oneal III was found guilty of the charges leveled against him. It had been reported that Oneal allegedly shot his girlfriend, 33-year-old Kenyatta Barron, and then supposedly beat her to death with the same weapon he fired after he ran out of ammunition.

Oneal was also accused of allegedly using a hatchet to kill his own disabled 9-year-old daughter, Ron’Niveya Oneal. He has also been accused of stabbing and burning his own son, Ronnie Jr., who is now 11. During the case his son also mustered up the courage to testify against his father.

After a week of testimony, the jury of nine men and three women took less than five hours to find Oneal guilty of two counts of first-degree murder of his girlfriend and their 9-year-old daughter, and the attempted murder of their son.

Oneal was also convicted of arson for setting the family’s house on fire, as well as two counts of aggravated child abuse. The case is now entering the penalty phase, which could last the rest of the week. Prosecutors will ask the same jury to recommend a death sentence.

Hillsborough Circuit Judge Michelle Sisco tried to discourage Oneal from continuing to represent himself. Oneal had shouted his way through opening arguments.

“It’s no more serious for any defendant in any criminal courtroom in this country than what you are facing now,” the judge stated. “I respect the fact that you chose to represent yourself. I have to tell you, I think in another lifetime, you would have been an outstanding lawyer. … However, as we move into penalty phase, I really am going to strongly encourage you to allow counsel to now step in and represent you.”

According to WFLA, State Attorney Andrew Warren released a statement:

“These murders are among the most cruel and vicious our community has ever seen. Sitting in the courtroom with the victims’ family, hearing a mother’s screams, seeing the horrific pictures of her daughter —it’s hard to fathom how someone can do something so barbaric.”

“His punishment — his life – now sits with a jury of his peers, as it should,” Warren said.