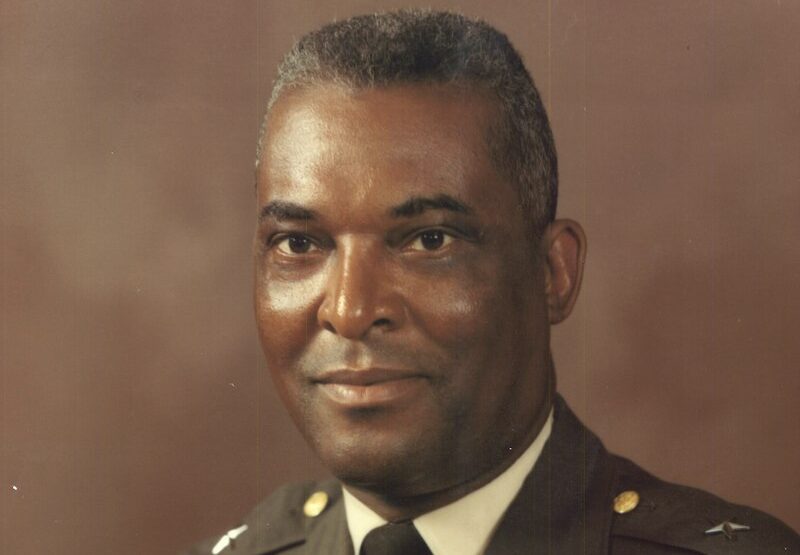 Roscoe Conklin Cartwright, a late U.S. Army general and decorated veteran, will be honored at a Veterans Day ceremony in his hometown of Tulsa, Oklahoma.

Cartwright, the second African American to be promoted to brigadier general in the integrated Army, will be inducted into the Oklahoma Military Hall of Fame. The induction is part of commemorative activities at Oklahoma State University-Tulsa, Tulsa World reported.

The late Joe Thomas, a veteran who died in Vietnam and a fellow graduate of Booker T. Washington High School, will be inducted alongside Cartwright. The induction ceremony will occur on OSU-Tulsa’s campus at the Ellis Walker Woods Memorial at 4 p.m. preceding the Veterans Day recognition event at the auditorium.

Verda Cartwright, who was married to Cartwright’s late son, Roscoe Jr., will accept the honor on behalf of the family. She’ll be joined by her daughters Bridget Cartwright Jones and Tracey Cartwright-Johnson.

Over his 33-year career, Cartwright, also known as “Rock,” was a major inspiration to a generation of Black officers and soldiers, including Gen. Colin Powell.

While he originally planned to go into education after graduating from Booker T. Washington High School in 1936, he became one of the first 300 men in Tulsa County drafted for WWll following the attack on Pearl Harbor.

Cartwright had an eventful career. After receiving commission and leading troops in combat in Italy, he served in Korea and Vietnam. He gathered many decorations along the way, including two Legion of Merit medals, three Bronze Stars, and two Air Medals.

In 1971, he became the second Black Army officer to receive a general’s star after being promoted to brigadier general. He was also the fourth African American officer to achieve flag rank in the history of the U.S. Armed Forces.

Before his passing, he co-founded The Rocks Inc., the largest professional military officers organization whose membership is majority African American.

Cartwright and his wife Gloria died in a commercial airline crash near Washington, D.C.in 1974. Verda said the news of the tragedy left the family devastated.

“He had been so looking forward to just being a grandfather,” she said about Cartwright, who had recently retired at the time of his death. “In the military, he’d missed so much of his own children’s lives.”

Cartwright’s family members said the recognition in his hometown and state is overdue.

“I don’t know if it’s our fault for not pushing for him to get more recognition. But he’s not one that would have wanted it,” Verda said. “If his name was going to be out there, he would want it to be for maybe encouraging some kid, bringing somebody else up.”

Despite his success and high rank, Verda shared, it didn’t give him a sense of entitlement.

“The way he looked at it, general was his job. It’s what he did, not who he was.”