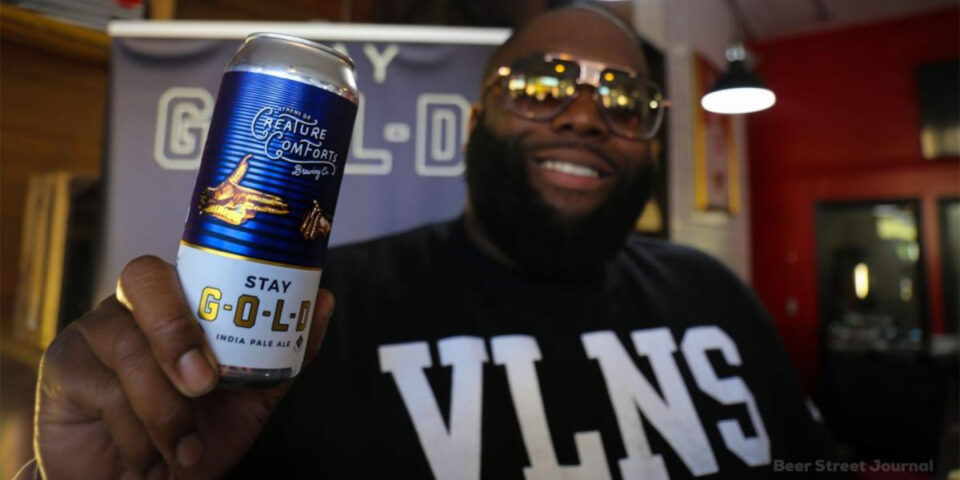 The duo of Michael Santiago Render also known as Killer Mike and Jaime Meline, who is known to the Hip-Hop world as El-P, who come together as the group Run The Jewels, has announced an addition to their entrepreneurial portfolio.

This fall, the Hip-Hop group will be releasing a new series of collaborative beers and collaborated with Black-owned breweries in a partnership.

Run The Jewels is releasing a new line of beers which includes the just-released “Never Look Back,” which is a premium rice lager brewed in collaboration with nonprofit Beer Kulture at Green Bench Brewing Co in Florida.`

“All Due Respect” is a molasses and corn grits strong ale brewed in collaboration with Proximity Brewing and Spaceway Brewing. This beverage has been slated for release at Black Brew Culture’s Blacktoberfest on Oct. 8 in Durham, NC.

“Blockbuster Night, Pt. 1,” is a danky IPA with terpenes brewed in collaboration with Brew Gentleman Brewery of Braddock, PA. This beer is set to come out at Barrel and Flow Fest on Sept. 10 and will soon be available for sale online at Tavour.com as part of DigiFlow.

Run The Jewels has teamed up with 13 other esteemed breweries from all across the globe to showcase a vast variety of alcoholic beverages. You can find out more about the mentioned products at the Run The Jewels dedicated beer site.