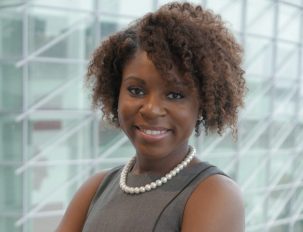 It is no secret that President Donald Trump’s Administration, much like many leadership positions in the United States workforce, does not represent our nation’s diversity. As organizations and individuals start to dedicate more resources and training to empowering underrepresented groups to go into policy and government, I am taking my own stand.

I, too, believe that diverse constituents need diverse representation. That’s one of many reasons why I’m running for mayor of Detroit. If elected, I’ll be the first woman (African American or otherwise) to hold the position.

I’ve loved Detroit my entire life. I was born and raised in this city, coming up through the public school system and graduating from Lewis Cass Technical High School, where I first got involved with the volunteer organization BuildON. I became passionate about social action and non-political civic engagement outside of school too, volunteering for community service and neighborhood cleanups, and working with organizations like the Greening of Detroit, Gleaners Community Food Bank, the Boys and Girls Club, and many others.

But even though I was doing all this activism work, I never felt that interested in actual politics — especially given the terrible corruption that’s become synonymous with Detroit’s system. It wasn’t until I became a student at Michigan State University, where I’m now in my final year, that I realized how naive I’d been to think I could simply ignore politics. The political agenda is not isolated to the government sector; I became all too aware of the role they play in almost every important decision-making aspects of our lives, whether it’s applying to college, running for a leadership position of a student organization, or pursuing an internship or job. That’s when I decided that if I couldn’t circumvent the system, I’d join it–and work to change it from the inside.

In May, I’ll graduate from MSU with a bachelor’s in management and minors in Arabic and African American and African studies. Throughout my time here , I’ve held several elected leadership positions, including president of the Black Student Alliance (BSA). As a representative for the Black student community, I worked with allies of our program to advocate for cultural sensitivity and diversity training for faculty, staff, and police, helped secure in-state tuition for undocumented Michigan high school students, led marches and community discussions championing social justice, and pushed for the use of body cameras by MSUPD. These experiences gave me avenues to pursue social action and helped mold me into a productive citizen.

This past summer, I interned in the U.S. House of Representatives via the Congressional Black Caucus Foundation and Congresswoman Brenda Lawrence. There, I witnessed House Democrats – led by Rep. John Lewis of Georgia – occupy the House floor in a sit-in to draw attention to the continuous acts of gun violence across our country. Watching from the House Gallery, I was reminded of the hard roads paved by my ancestors, using similar nonviolent demonstrations, and I was inspired to promote greater unity among my generation.

The Hill, at its core, is run by millennials. The Representatives are the public faces, but we millennials are behind the scenes writing and researching policies, drafting letters to constituents, providing speaking points, and generally keep things running smoothly. I saw that I could have a real impact, especially as a Black woman given the alarming lack of diversity in Congress and many other government jobs – a reality I’m determined to correct.

After my summer on the Hill, I returned to Michigan reinvigorated and intent on bringing about real progress in Detroit. If we really want to effect change in our community, we need more diverse representation in our political system. There’s where I come in. If elected, I pledge to embolden women, millennials, and people of color through my candidacy.

To date, I’ve received encouragement, support, and words of wisdom around my decision to run for office. My eyes and ears are open for constructive criticism as I continue navigating the campaign trail. Here’s a rundown of what I stand for, what I hope to inspire, and what I am focused on.

Why I am running:

First Lady Michelle Obama’s goals concerning education really resonate with me. And I agree with her that we need to change the conversation about what it means to be a success in our country.

I’m also inspired by other young Black girls. I want to show them that creating change is possible. And that they can do so through elected office, be it as a mayor, a U.S. representative or senator, governor, or even by becoming the President of the United States.

It is my duty to speak up for what I believe in. It is not enough for me to know what beliefs I am willing to leverage to win a campaign. I also need to identify the tenets I hold so dearly that I’d rather lose than compromise them.

What issues I will prioritize:

There are many areas that I want to address. Gentrification in the Downtown/Midtown area of Detroit has displaced native residents and small businesses. It’s shameful. We need to think deeply about the development of Detroit without expatriating the people that keep the community thriving. While economic growth and diversity are important, the current strategy is unjust. Inclusivity should be the goal.

Detroit Police Department (DPD) reform is also crucial. Too often, communities witness police officers abusing their authority by harassing our youth and innocent citizens. This is not what Detroit is about. Community policing strategies need to be implemented, as well as diversity and inclusion training for all officers. If you do not know the people you have pledged to serve and protect, how can you effectively help them? A mutual understanding should be a goal of our DPD. Only then, will we be able to ensure the safety of our communities.

Our youth have also been left behind; there are far too few outlets for them to release energy and express their creativity. It’s time to make those resources a priority. We need more youth-focused leisure activities — more recreational centers, parks, after-school programs, art programs, and sports. These are the opportunities that will help disrupt the school-to-prison pipeline. Additionally, we must provide better resources for mental health care and raise awareness of such diseases in our schools. This means more technology, counseling, and programming for those suffering from mental illness. 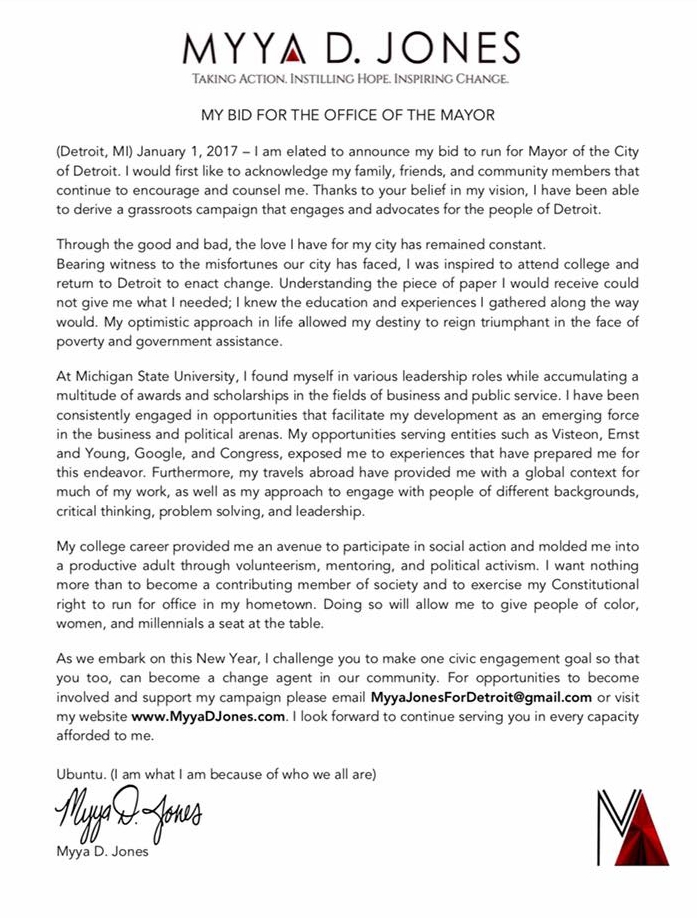 What I want to share with others who want to become more politically active but don’t know where to start:

Go out and get involved! It doesn’t matter if it’s volunteering for a local campaign, interning in a government office, or attending community meetings; these are all components of political activism. Let your preferences and skills direct your path and allow you to pinpoint your areas of interest. There is something to learn at every stop in your journey.

We can no longer sit back and wait for things to change or allow other people to tell us that we’re too young or inexperienced to make it happen ourselves.

No more fearing the unknown. It is imperative that we are a part of the process. This country belongs to us.

Jopwell helps America’s leading companies connect with and recruit Black, Latino/Hispanic, and Native American professionals and students at scale. Sign up to find your dream job.