Russell Simmons Cashes Out for $147 Million 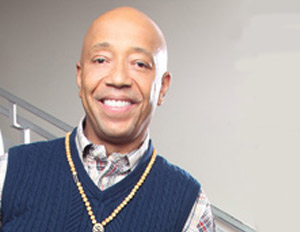 Greet Dot, a provider of prepaid debit cards, announced it isÂ acquiring UniRush L.L.C., the company that makes the RushCard–co-founded by Russell Simmons in 2013.

In a statement released by Green Dot, Simmons said, “Fourteen years ago, I embarked on an incredible journey to provide a new financial tool for millions of Americans who had only limited access to traditional banks. […] As I have done with my ventures in music, comedy, and fashion, I am partnering with the best company in the industry, Green Dot, to expand our opportunities and continue our mission to revolutionize the banking industry. We believe our customers are among the most loyal in prepaid, and I want to thank them for their years of support. We are excited to continue and expand upon our tradition of providing great and important products for our customers over the many years to come.â€

In addition to the $147 million, Green Dot will pay a minimum $4 million annual earn-out payments for five years after. Simmons will continue to represent and advocate the card.

RushCard users will be able to take advantage of Green Dot’s Rapid!Pay Card program, which allows companies to deposit an employee’s paycheck to a prepaid card.

A 2012 studyÂ shows that prepaid card users tend to be married, rent their homes, earn less than $25,000, and African American.Â  They also tend to be under 50-years-old, and of those surveyed in 2012, 42% had no emergency savings.

In 2015, RushCard made headlines after cardholders could not access their funds, due to what the company called a “technology transition.â€

Despite public apologies from Simmons and his company’s fee waiver from November 2016 to February 29, 2016, several customers filed class action lawsuits.

Simmons called the debacle “one of the most devastating timesâ€ of his life.

4 Key Technologies You Should Add to Your Small Business Arsenal