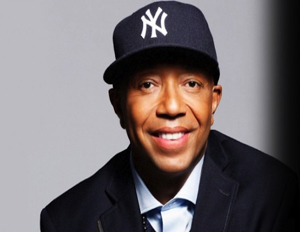 Roland S. Martin, host and managing editor of TV ONE’S News One Now, the only daily news show program targeting Black viewers, hosted the co-founder of Def Jam Records during tomorrow’s live broadcast. During the interview Martin explored the inspiration behind the open letter and what Simmons hopes will be accomplished as Trump continues on his campaign.

“Over 30 plus years you have been an amazing friend; endorsing my books, coming to my shows, flying me on your planes, your helicopters, and even allowing my family members and myself to stay in your house in Florida many times. So, it kinda pains me to know that my public statements about your candidacy have strained or ruined our friendship. However, the fact is, what’s at stake is bigger than us.â€

I want to begin this tough criticism by reminding you that I am the Chairman of The Foundation for Ethnic Understanding, whose sole mission is to fight bigotry of all kinds. Our biggest program, as you know, is to get Jews to fight Islamophobia and Muslims to fight anti-Semitism. We are operating in forty plus countries, including Israel, France, Germany and the United States, where we have hundreds of “twinning programs,â€ bringing together congregations of mosques and synagogues on a regular basis. Do you remember, not too long ago, when you made disparaging statements about the Muslim community and I put you on the phone with myself and Rabbi Schneier and we had a meeting with the Chairman of the Islamic Society of North America? You were very gracious and you even came to the Islamic Cultural Center of New York on 96th Street. At that time, you walked into that house of worship and you felt all the love vibrating in that mosque. Try to remember how sweet and enlightened my good friend, Imam Shamsi Ali was, and all of the people you met with.

My friends, both Muslims and Jews, are saying there are so many comparisons between your rap and Hitler’s, and I cannot disagree with them, Donald.