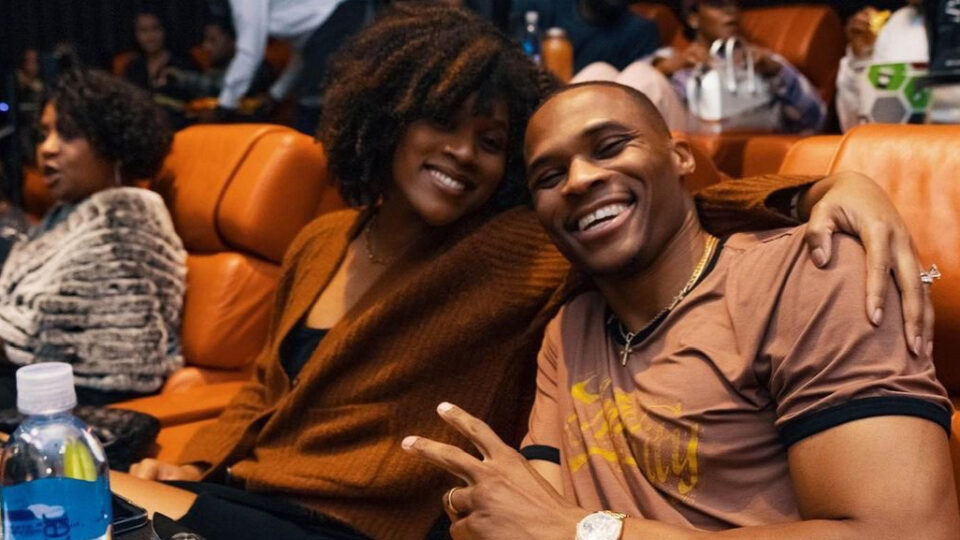 It’s no secret that Los Angeles Lakers guard Russell Westbrook hasn’t been having a very productive season since joining his hometown team.

Adding to the frustration of the team not jelling with Westbrook, sports pundit Skip Bayless has been relentless in chastising LeBron James and purposefully misspelling and mispronouncing Westbrook’s name.

Westbrook’s has had enough and has called out the Fox Sports host for calling her husband “Westbrick.”

Nina Westbrook took to her Twitter account to let Bayless know she is not going to allow the name-calling to continue. In defense of not only her husband but to her and any family member who shares the last name, she told the announcer “to stop calling people out of their name.”

You’ve got to stop calling people out of their name. You are very disrespectful and a bully. This is why so many young people think it’s okay to exhibit this type of behavior. Social media has become such heinous place because of people like you. My name is Westbrook.

I’m tired you you @RealSkipBayless calling my husband out of his name. It is extremely childish. That is my name as well, and many other peoples name. You’re disrespectful, and I’m extremely offended by your behavior. You should apologize.

As Nina Westbrook went on her Twitter rant, she expressed the frustration of having to constantly hear him disparaging the Westbrook name. She reminded Bayless that there is a difference between name-calling and “telling one’s truth” and that having a platform “requires a certain level of responsibility.”

Russell commented on the situation after last night’s basketball game, according to NBC Sports.

“I a hundred percent stand behind my wife and how she’s feeling because it’s not just about this year. Right now, she’s reached a point, and my family has reached a point, to where it’s really weighing on them. And it’s very unfortunate just for me personally because it’s just a game. This is just a game. This is not end-all, be-all. And when it comes to basketball I don’t mind the criticism of missing and making shots. But the moment it becomes where my name is getting shamed, it becomes an issue.”